The world’s first production CVVD engine! CVVD stands for continuously variable valve duration. This technology is currently used in the 1.6L turbo engine of the 2020 Hyundai Sonata. In order to understand it we need to understand how valves work on an engine. Of course, you have the four engine strokes: intake, compression, power, and exhaust. Intake you have the intake valve open, obviously, and your exhaust stroke has the exhaust valve open. 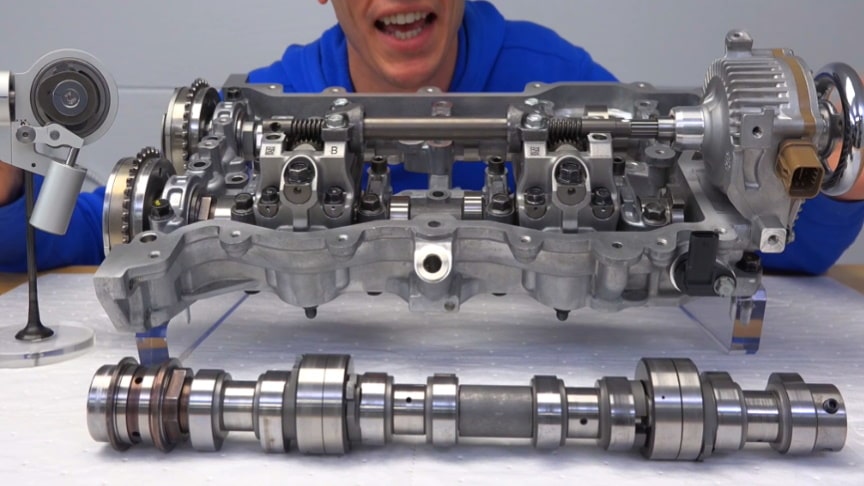 On the most basic of engines, everything about how these valves operate is fixed, because those valves follow the cam profile of a fixed camshaft. On modern car engines, there are variables we can change; three of them, as it relates to valves. First, there’s variable valve lift. This means you can change how far down the valve travels allowing for more or less airflow into the engine.

Second, you have variable valve timing, this means you can change when you actually open this valve, you can open it sooner, or open it later, relative to its standard timing. And third, and this is what Hyundai is adding into the mix, is variable valve duration. This is controlling how long you actually leave the valve open. You could have it open and close very quickly, you could have it remain open for a longer duration, or anything between./Engineering Explained