The Quiet SuperSonic Technology aircraft is America’s newest experimental plane.A time-lapse video released by NASA in early 2020 shows the progress of the X-59, which has been referred to as the X-59 Supersonic Frankenstein. It’s assembly is using scavenged parts from iconic aircraft such as the F-16 Fighting Falcon, the NASA T-38 Talon, and the Lockheed F-117 Nighthawk. 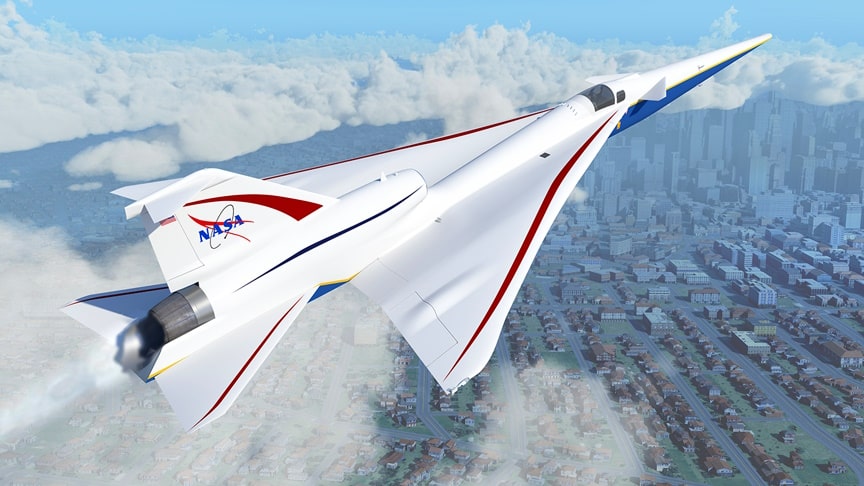 Designed by the Lockheed Martin Skunk Works team, the aircraft will fly faster than the speed of sound over land and reduce loud sonic booms to a mere whimper. The project also hopes to reopen the door for commercial supersonic speeds, after a travel ban that has prohibited them for almost 50 years.

The cockpit, ejection seat and canopy come from a Northrop T-38 and the landing gear from an F-16.With afterburner its engine will provide 22,000 lbf (98 kN) of thrust.The ground noise is expected to be around 60 dB(A), about 1/1000 as loud as current supersonic aircraft. This is achieved by using a long, narrow airframe and canards to keep the shock waves from coalescing.The flush cockpit means that the long and pointed nose-cone will obstruct all forward vision.