The Short SB.4 Sherpa was a British experimental aircraft built and flown during the 1950’s to test the aero-isoclinic wing concept. It was based upon and used some components of the Short SB.1, an earlier glider design. 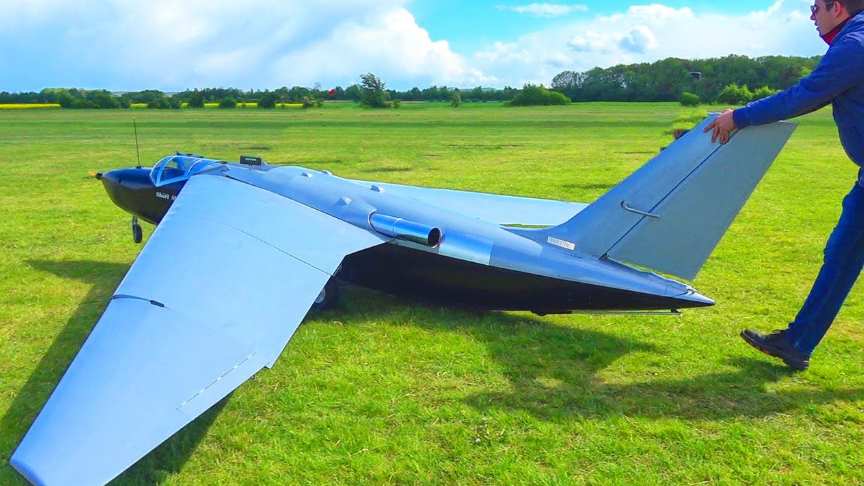 Construction was largely of spruce with plywood covering and light alloy components at strategic points. Wing sweep-back on the leading edge was just over 42° to facilitate low-speed research.DIGITAL RC

This GIANT SB4 Sherpa is powered by two turbine engines, it has a wingspan of 5.80m with a total weight of 65kg. The pilot and the builder of this airplane is rik van den Hoogen.