Easily recognizable thanks to its small size, the Chappy enjoyed a long career lasting nearly 25 years and was offered in several versions. 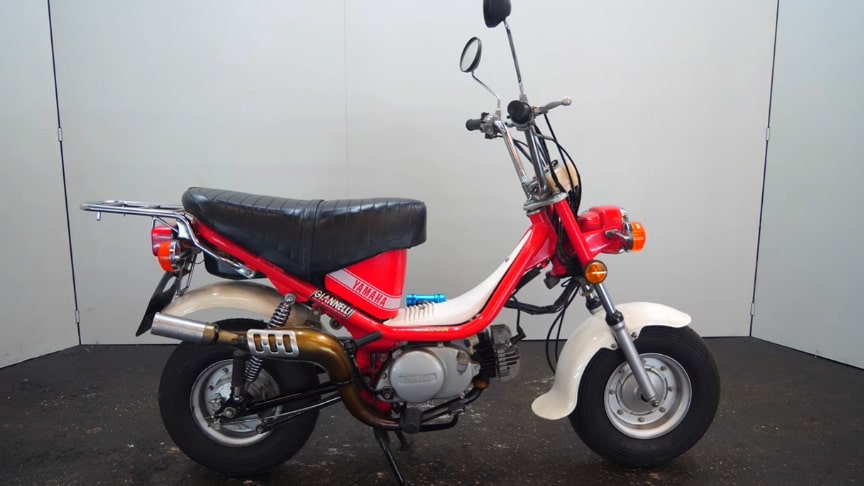 The Chappy is a 50 or 72 cc two-stroke engine moped from the Japanese manufacturer Yamaha.It was marketed from 1973 to 1996 in various versions. There were models with or without pedals, with automatic transmission 2 speeds with or without preset lever), semi-automatic 3 speeds or manual 4 speeds.

Its single-cylinder two-stroke engine was available in 50cc and 72cc variants and could be had with one of three transmissions: a 2-speed automatic, 3-speed semi-automatic or 4-speed manual.

This one has the rare 4-speed manual gearbox. She is running fine and is fitted with a 70cc cylinder kit and a Giannelli exhaust system.The Chappy starts with a kick-starter and uses 6 volts electricity produced by a magnetic flywheel and ignition by platinum screws./wikiepdia