The force is clearly strong with Alex of Alex Lab, but how exactly did he manage to make the world’s first retractable lightsaber where he broke the Guinness World Records?The lightsaber produces a plasma blade measuring over 1 m in length. Reaching temperatures over 2,800°C (5,072°F), the blade has the ability to cut through steel. 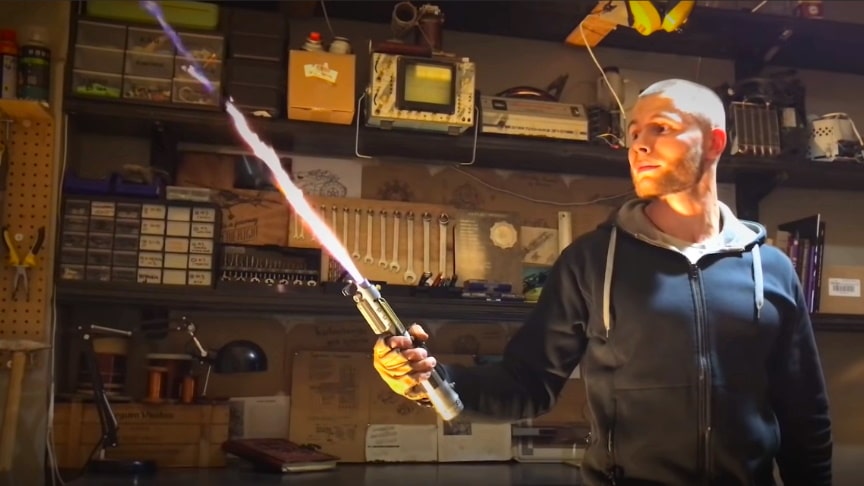 “All my life I was a great Star Wars™ fan and the lightsaber was my most-wanted gadget,” said Alex.The first step for Alex was designing and building high pressure equipment which could then be adapted for his lightsaber.The key component of my lightsaber is an electrolyser.

After hundreds of experiments and bench tests, Alex was able to adapt the hydrogen and oxygen burner so it formed the shape and length required for his lightsaber.Despite all the work that has gone into getting his lightsaber to it’s current state, Alex has plenty of improvements he wants to make to refine his design./guinnessworldrecords