The Farman F.120 and its derivatives were a family of multi-engine airliners and bombers of the 1920s built by the Farman Aviation Works in France. 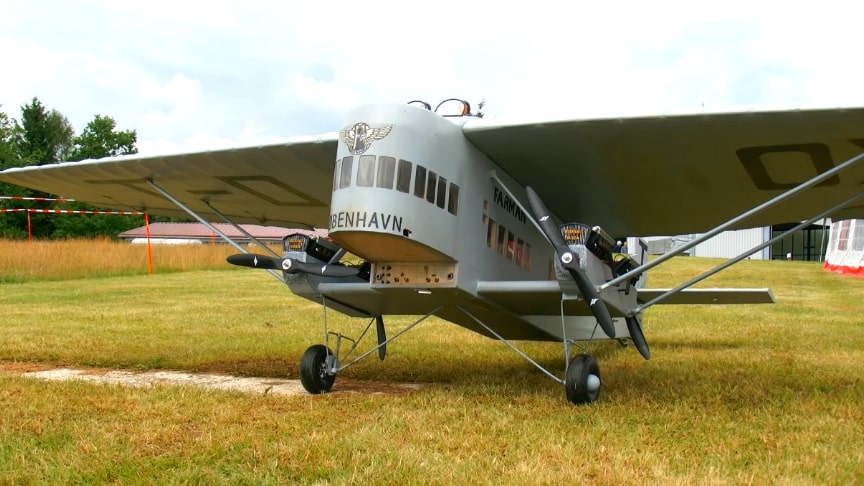 The Jabiru, which was named after a Latin American stork, was a fixed-undercarriage sesquiplane powered by either two, three or four engines, depending on the variant. It featured an unusually broad chord, low aspect-ratio main wing and a very deep fuselage.

Here is an amazing Giant RC F-121 Farman Jabiru Scale Model.The airplanes wingspan is 3.85m, the length is 2.7m, the giant airplane is powered by two electirc engines equiped with four propellers, the weight of the airplane is 15 Kg.