What you see here is the Zagato Mostro Barchetta, inspired by a car Sir Stirling Moss called ‘Monster’. In today’s video you’ll get to see both the Coupe and Barchetta version of this beautiful looking car! 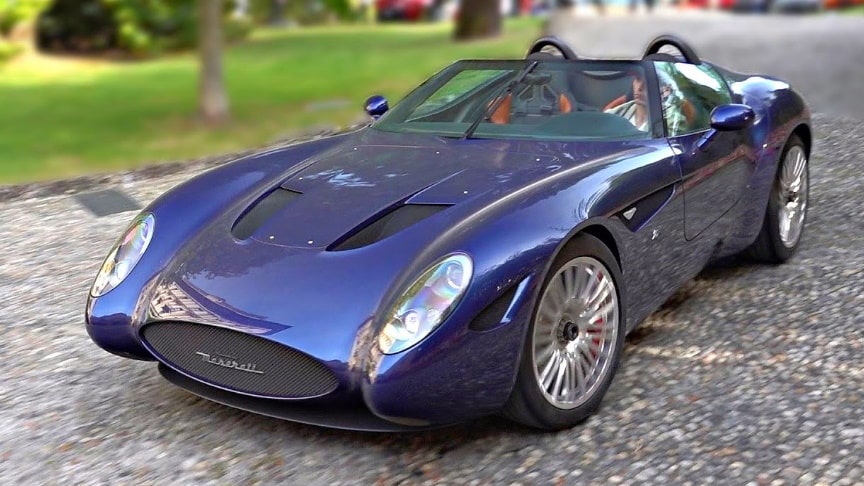 It was created to celebrate the 100-years anniversary of Maserati. It uses the V8 engine and transmission of the Maserati GranTurismo. Only 5 cars were produced by Zagato.

The chassis is based on the Gillet Vertigo .5 and the body is made of carbon fiber. The car is a tribute to the Maserati 450S Coupé of 1957 bodied by Zagato.The power goes to the rear wheels through a six-speed sequential manual gearbox.

Weighing in at just 1200kg, equipped with a Belgian carbon fiber frame and the ability to choose between two Maserati engines the 420 hp naturally aspirated V8 4.2 and the 600hp V6 – both equipped with a sequential six-speed gearbox./NM2255 Car HD Videos