This early machine is well rideable with its “clutch” and comes with a pioneer certificate. A machine that is always welcome at every vintage motorcycle event.Zenith motorcycles were manufactured from 1904 until 1950, in a variety of factories in or around London. From the early days proprietary engines were used, such as Fafnir, Precision, JAP, Bradshaw and Villiers. 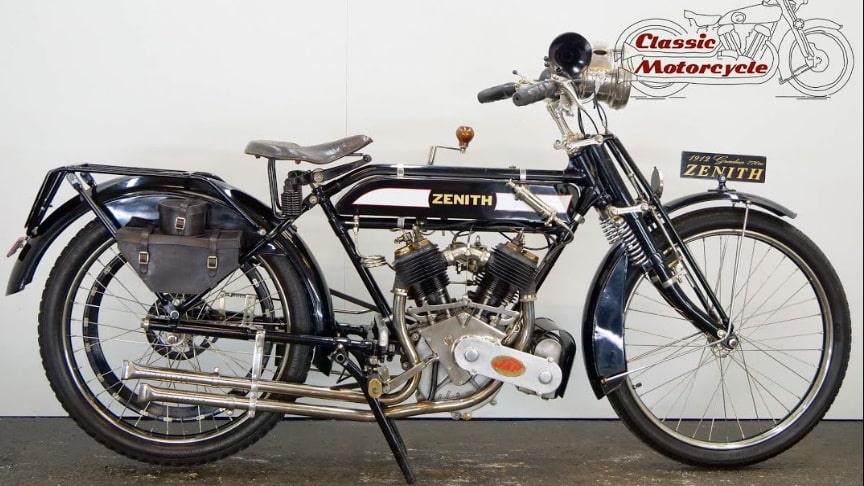 The driving force behind Zenith was Chief Engineer, and company owner, Frederick Barnes, who was responsible for the famous ‘Gradua’ gear.In 1928 a Zenith-JAP ridden by Oliver Baldwin established a world motorcycle speed record of 124.62mph at Arpajon in France, while Joe Wright later raised the record to 150.736mph using his supercharged Zenith-JAP ‘reserve bike.

His favoured OEC having succumbed to mechanical problems. Significantly, when Wright’s record was set, in 1930, the company was temporarily out of business.

Despite adding a Villiers-powered economy model to the range, Zenith failed to weather the financial storms of the early ’30s. After a succession of closures and changes of ownership it re-emerged after WW2 with a solitary model: a 750cc JAP-powered sidevalve v-twin, which lasted only a few more years.