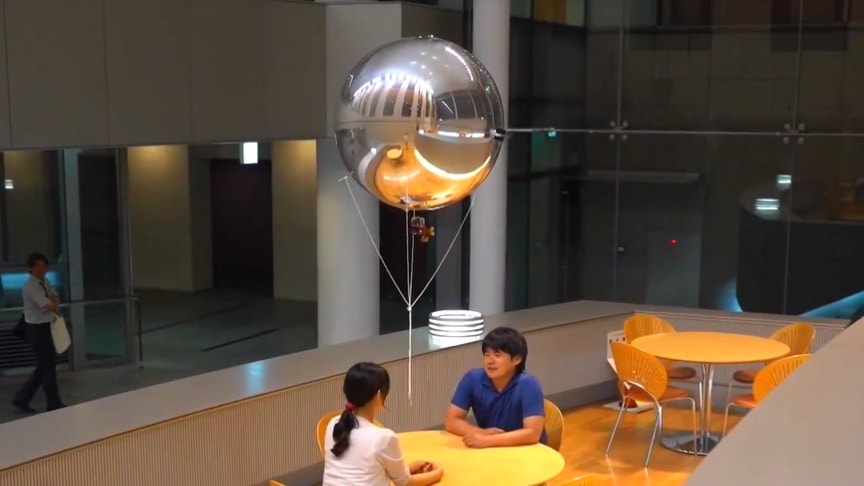 Compared to normal drones with rotating propellers, the drone is much safer because its only moving parts are the piezo elements whose surfaces vibrate at the order of micrometers./ACM SIGCHI

The drone can float for a few weeks and the ultrasonic propulsion system is quiet. We implement a prototype of the drone and evaluate its performance and unique characteristics in experiments.

Moreover, application scenarios in which ZeRONE coexists with people are also discussed.In the prototype, each microblower generates about 0.04g of thrust. This is sufficient to push around and maneuver a lighter than air craft in calm winds. The ZeRONE is not fast or agile, but it is quiet and safe./ACM SIGCHI