Motorcylces has been produced from 800ccm to 50ccm. Several world records were also set. From the end of 1960, sporty 50ccm mopeds were produced which generated large sales figures.Zündapp was once a leading motorcycle manufacturer and was known for high quality, innovative design and sporting success. 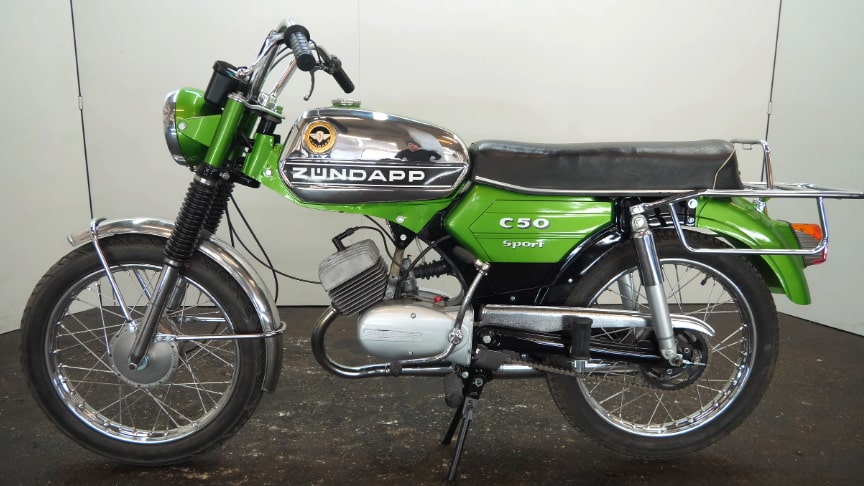 Sturdy and reliable that’s describe this Zündapp 50cc bike. It has been restored some time ago and is in running order. This bike comes with original papers.