Zündapp was once a leading motorcycle manufacturer and was known for high quality, innovative design and sporting success. Motorcylces has been produced from 800ccm to 50ccm. Several world records were also set. From the end of 1960, sporty 50ccm mopeds were produced which generated large sales figures. 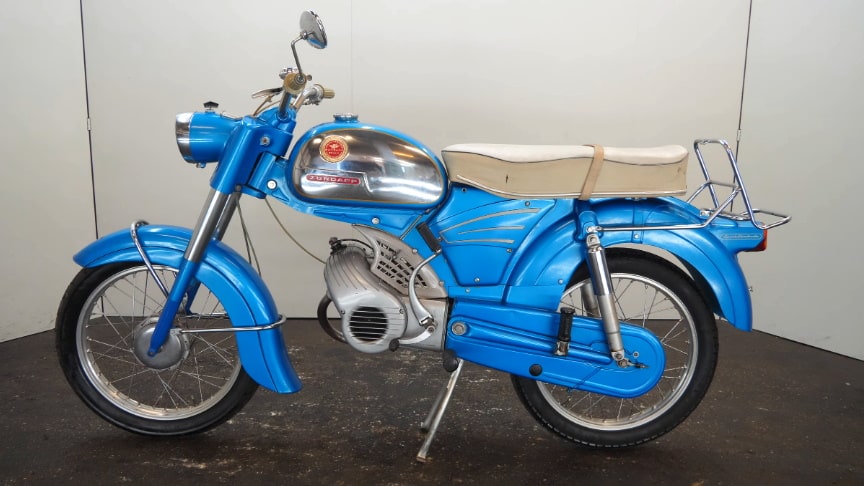 The Zündapp Sport Combinette (515 series) replaced the 510 series as a two-seater mokick and was finally replaced in 1967 by the 517 type, which was then renamed the C 50 Sport in 1968. These vehicles had the tubular frame with a cast light alloy rear that was common at the time at Zündapp.

The engine used in the Sport Combinette was the robust, airstream or fan-cooled, single-cylinder, two-stroke engine with a 39 mm bore and 41.8 mm stroke from the 510 series, which was powered by a 16 mm Bing carburettor with a two-stroke mixture (1:25) was taken care of.

The power was transmitted to the rear wheel by means of a chain via a 3-speed key transmission. The drum brakes (cable-operated at the front, linkage at the rear) had a diameter of 120 mm.The top speed of 40 km/h./wikipedia