The Blitzen Benz is a race car built by Benz & Cie in Mannheim, Germany, in 1909.The Blitzen-Benz was purpose built to do just one thing, to break speed records (not racing), and it did repeatedly from 1909 through 1911. 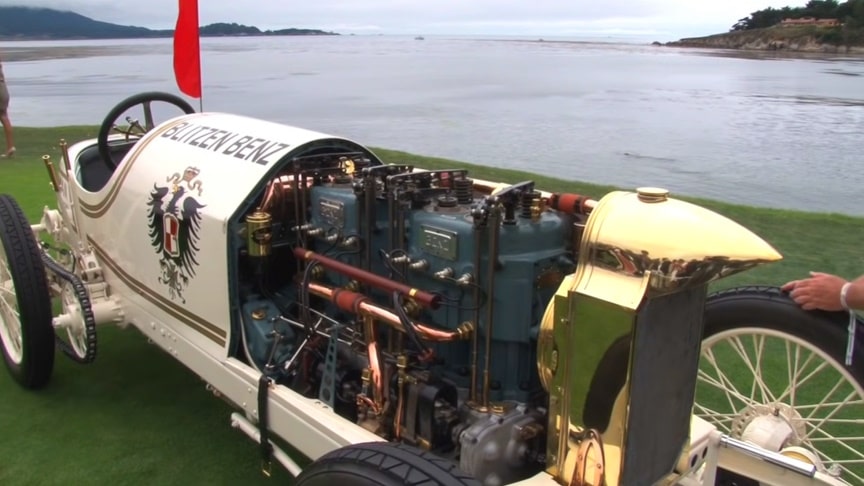 This record was not even officially broken in an airplane until 1920!Of the six originally built, this is one of only two that exist today, and is displayed at the Mercedes-Benz Museum in Stuttgart, Germany.

While the extended and nuanced effort required to start the Blitzen-Benz on a cool coastal morning can try the patience of some viewers, its historical significance and ground-breaking engineering brilliance still place it amongst the greatest motor-vehicle achievements of all time, and the dozens witnessing this effort felt it was one of the highlights of many great moments at Pebble Beach Concours d’Elegance 2011.