The 4 cylinder MILITAIRE was produced from 1913 until 1917 by the Militaire Auto Company of Buffalo New York.Its four cylinder ( inlet over exhaust) 68 cu. in. engine produce some 11.5 H.P. 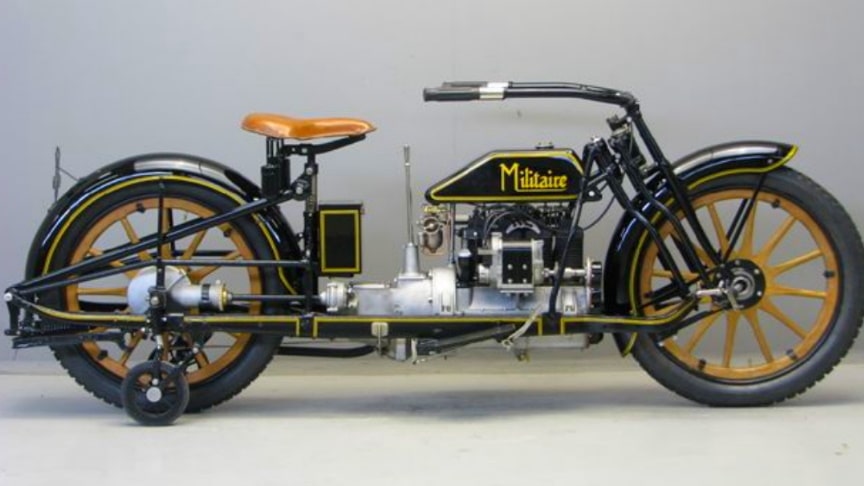 It has some very unusual features, such as wooden artillery wheels with 28 inch x 3 clincher tires, a curved front axel on which the front bearing slid in order to make a turn, a car like three-speed “on the floor” type stick shift plus reverse gear, shaft drive through beveled gears with an enclosed ring gear and pinion at the rear wheel and on the side, retractable outrigger wheels which also has a big advantage when waiting for the traffic lights. 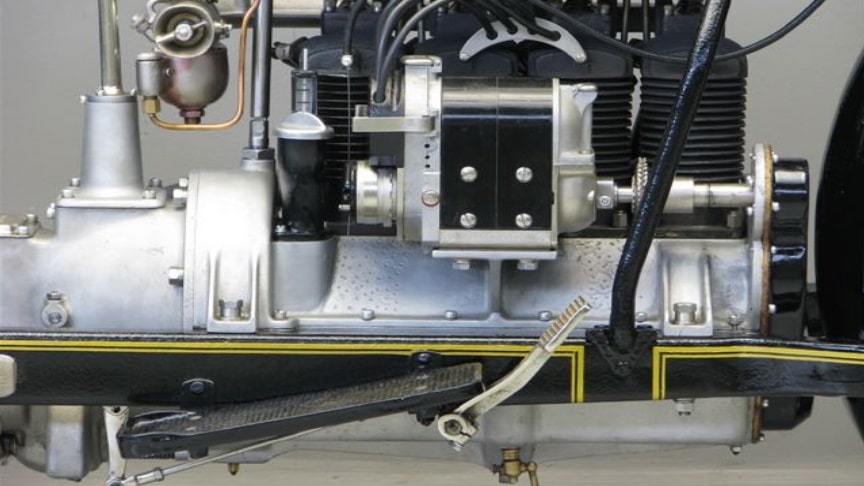 These foot lever operated wheels retract like landing gear on an aircraft. One can stop to a complete standstill and accelerate again without taking ones feet from the foot boards.

The length of 97″ must have made it the longest machine on the road. Speed is claimed to be from 3 to 70 miles an hour.The original cost was $335.00 and it was a lot of machine for the money.

This 1915 model is an extremely rare survivor of one of the most charismatic motorcycles ever built.Only a handfull of these have survived and this one is presented to you by www.yesterdays.nl worldwide dealers for fine antique motorcycles.