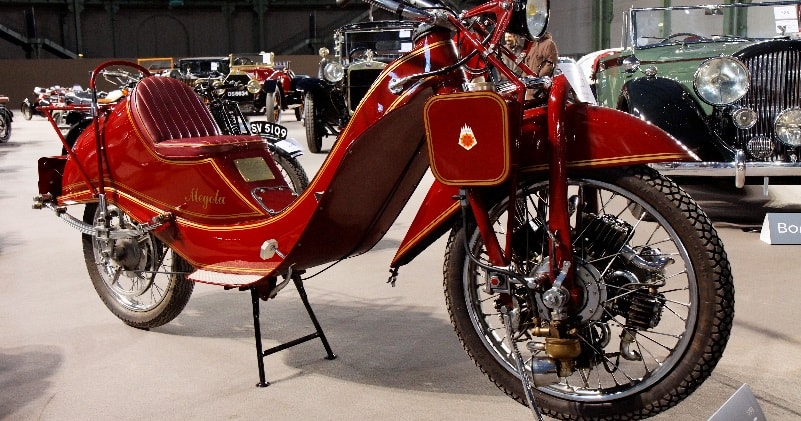 The engine contained five cylinders with side-mounted valves, each of which displaced 128cc, with a bore/stroke of 52x60mm, and a total displacement of 640 cc. 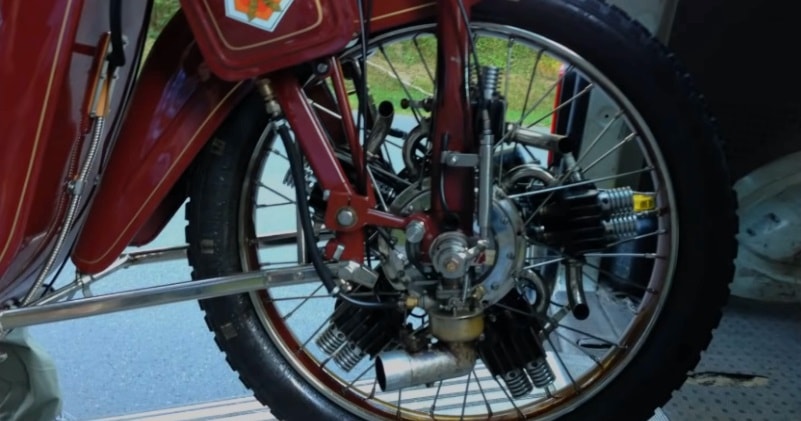 The 5 cylinders rotated around the front axle at 6x the wheel speed; thus while the cylinders were at maximum of 3600rpm the front wheel was turning at 600rpm, or roughly 60 mph (given the wheel diameter).

A hand-controlled butterfly valve was located in the hollow crankshaft to regulate throttle. Power output was a modest 14 bhp (10 kW) but was applied directly to the wheel.

This arrangement produced a very low centre of gravity and provided for excellent handling.The engine was very flexible, lacking both a clutch and a transmission. Starting it required a person to either spin the front wheel while the bike was on its stand, or to push-start.