LEADING the way for its innovative aesthetic, the world’s first upside down Chevrolet Camaro racecar has been built. Jeff Bloch is known for creating wacky vehicles and he’s flipped a 1999 Chevrolet Camaro and fused it with an old Ford Festiva to produce an upside down racecar. 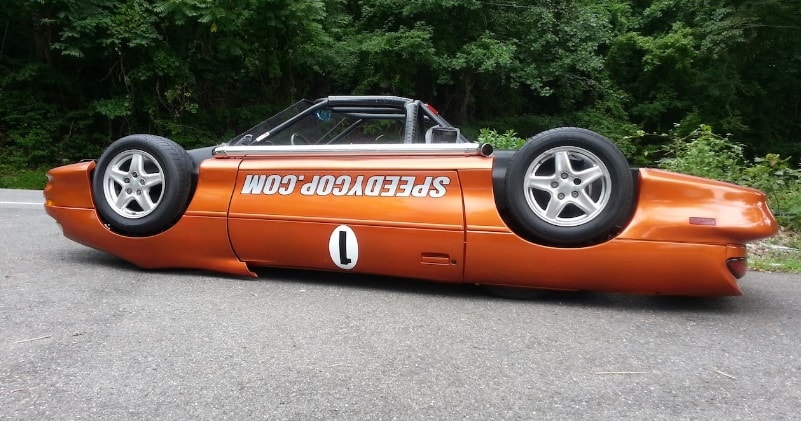 The car has a horsepower of 60 and can reach around 90mph on a straight road.The Upside-Down Camaro is built on top of a fully running 1990 Ford Festiva, modified to wear the Camaro shell, and meets California’s emissions standards.//Barcroft Cars

It’s actually one of the very few cars from the LeMons series that’s road-legal.Over the years he’s built cars that look like a plane, a helicopter and the station wagon from National Lampoon’s Vacation.

Apparently, going upside-down is too far this time.The car has just enough clearance for its hidden wheels to drive around the track.The car is powered from a tiny 1.3-litre unit which developes just 60bhp,This meant, with the added 300kg of the Camaro body, the car was only capable of around 85mph.