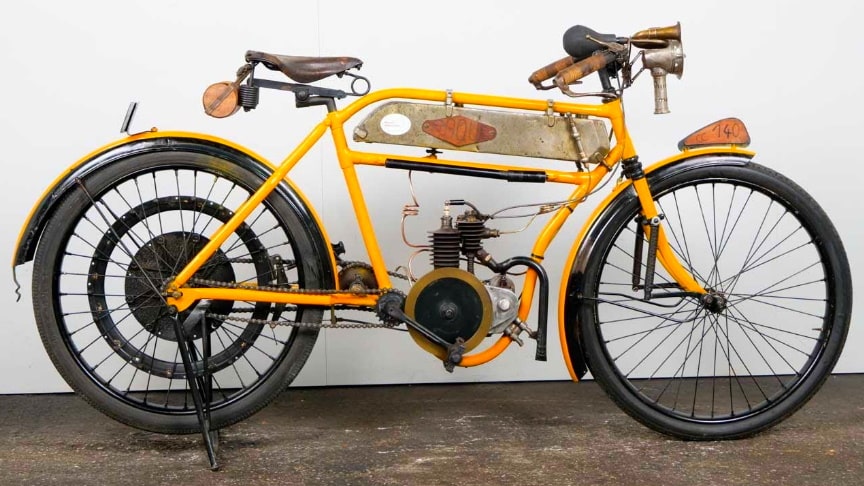 August Paqué manufactured his motorcycles from 1921-1925 in Augsburg, Germany. Paque had engines with 185cc, 198cc and 500cc in addition to the 140cc model which we offered here.

The engines up to 200cc were manufactured in-house. The engines with 500ccm were used from several engine suppliers. We offer this motorcycle as a restoration object.

The engine with an atmospheric intake valve and controlled exhaust valve runs. The motorcycle is equipped with a hand-operated horn, acetylene lighting and a fuel level indicator.