TRANSFORMING a 1930’s Ford hotrod into a unique Ford/Chevy hybrid with 1,200 horsepower has been a passion project for one inventive Canadian. After finding the vintage Ford body 20 years ago, Dave, of Toronto, stored it for some time before he began work on bringing the car back to life. 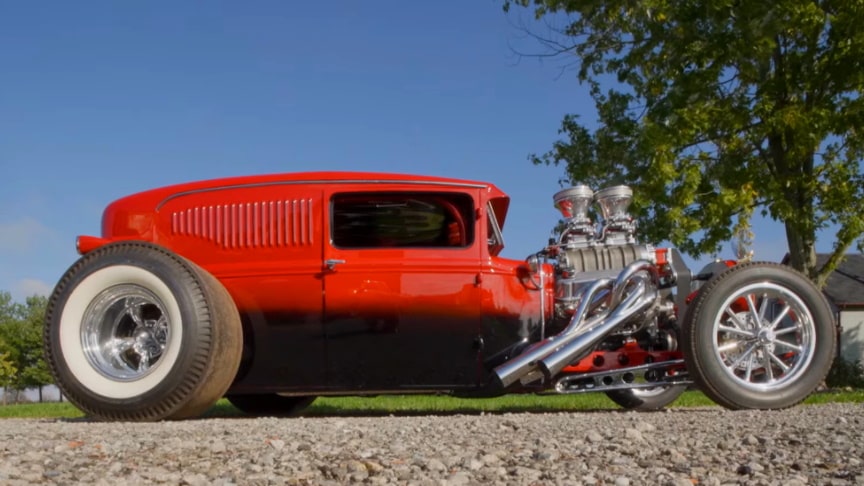 But this wasn’t a standard restoration. As a lifelong Chevy enthusiast, Dave set about reinventing the Ford body using mostly Chevy parts. He said: “This ride might only be five percent original Ford but it’s 100 percent vintage. I never built the car to be a show car, I built it to drive and have some fun.

The adrenaline rush you get from looking at it is the same rush you get from driving it.” The build took Dave and his friend Keith two years and involved adding a Big Block Chevy V8 engine, a five-speed transmission, and a paint job inspired by a pair of his wife’s high heels.

The total cost was $180,000 but Dave says it was all worth it, especially when he takes the car out on the road. He said: “When somebody sees this car, that’s the reward right there. Just the look on their face.”/Barcroft Cars