Although Harley-Davidson was no stranger to sidevalve (‘flat head’) engines, it did not apply this valve gear arrangement to a v-twin until the arrival of the all-new 750cc ‘D’ (standard) and ‘DL’ (high-compression) models in 1929. 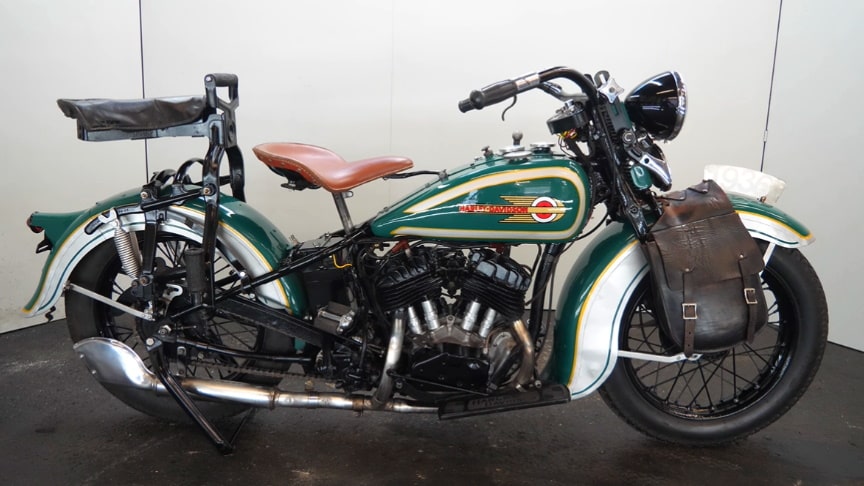 With the introduction of the Powerplus model in 1916, rivals Indian had demonstrated that a properly designed ‘flat head’ could produce all the power a road rider required, so it is perhaps surprising that Harley took so long to follow suit.

One of the other advantages of this new engine was that it was cheaper to produce, enabling Harley to price the new 750cc Model D at $290, and the 45’s relative affordability would prove to be an important factor during the Depression years of the early 1930s.The model designation of the 750cc ‘flat heads’ changed from ‘D’ to ‘R’ for 1932, the change in nomenclature coinciding with the adoption of a new (horizontal) electrical generator and a suitably modified frame.

This sturdy twin was restored in 2020 since the motorcycle has only run 400km. She comes complete with leather bags in the front and a comfortable military pillion seat. The records of the done work of the engine and gearbox are on a file. This bike was one of the last ever produced in the R-series.//classic-motorcycle.com