The German G7e electric torpedo was made with several variants. This animation is based on the basic Type TIII, and is a revision of my Work-in-Progress video, with more detail and corrections.The one major inconsistency is the Exploder shown in the animation, the Pi 1, was fitted to earlier models of the G7e (TI, TII) but the TIII actually carried the Pi 2 – impact and magnetic influence Exploder. Unfortunately no drawings have been found (yet) of the Pi 2, so the Pi 1 has been substituted, however the Pi 1 is an interesting design of an impact-only exploder. 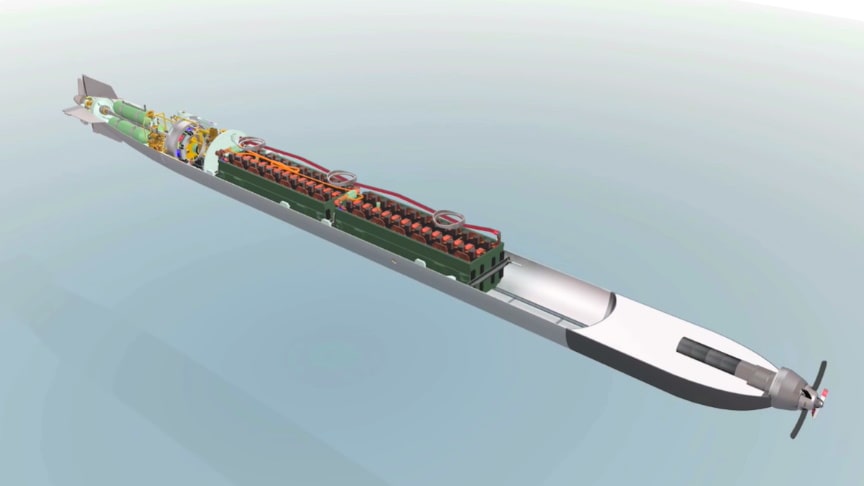 The German G7e electric torpedo was probably the widest used torpedo arming the U-boat fleet during WWII. The original designs for an electric torpedo date back to 1916, and a production version was due to enter service in early 1919, but the end of the Great War and terms of the Versailles Treaty prevented Germany from manufacturing torpedoes until 1935.

Later G7e versions were capable of pattern running (FAT) or circling, including the ability to be set to follow and zig-zag across a convoy of ships (LUT). Acoustic homing torpedoes were also developed to home on propeller noise. I hope to be able to produce an updated animation that will demonstrate the FAT and LUT mechanisms (if I can get the manuals and drawings).

The animation illustrates the torpedo being launched from a Type VII U-Boat torpedo compartment. The actual launch mechanism is only a simple representation. It shows several of the basic principles for loading, maintaining and firing but is incomplete, inconsistent and often pure guesswork./vbbsmyt