When Aptera debuted plans for their electric vehicle in 2007 the solar panels were only powerful enough for climate control, but now, 14 years later, Aptera’s 3-wheeled rig relies on just the sun for most of its charging needs. 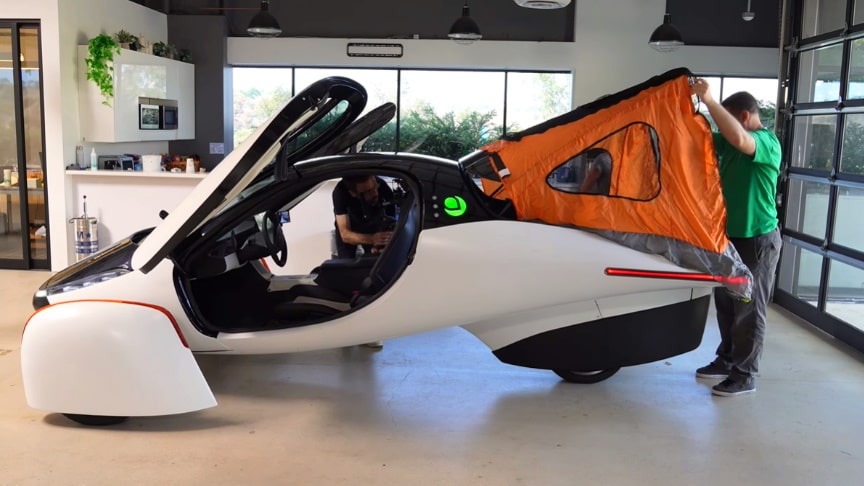 To achieve this “never charge” status, they created a hyper-efficient vehicle and added 700 watts of solar power.It starts with a math equation,” explains Aptera co-founder Chris Anthony, “which means first aerodynamics, because what you don’t realize is that with a typical sedan you use 60% of your fuel just pushing air out of the way.

Then if you couple it with an electric power train which gets much more power to the wheels versus an internal combustion engine, and then if you make it lightweight you decrease rolling resistance and other things and you end up with a math equation that is very, very efficient.

And when you’re very efficient you can do things like put solar panels on your vehicle to charge your vehicle with a reasonable amount of range./Kirsten Dirksen