A supercapacitor, also called an ultracapacitor, is a high-capacity capacitor with a capacitance value much higher than other capacitors, but with lower voltage limits, that bridges the gap between electrolytic capacitors and rechargeable batteries. 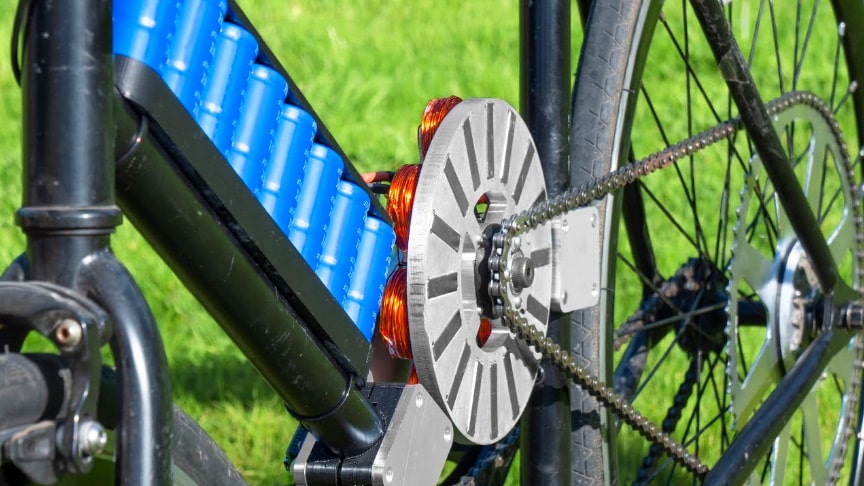 It typically stores 10 to 100 times more energy per unit volume or mass than electrolytic capacitors, can accept and deliver charge much faster than batteries. In this project youtuber Tom Stanton wanted to test what a super capacitor-powered bicycle would be capable of compared to a batterie powered bicycle.

Watch the video above from Tom Stanton for more info.The capacitor bank of this bicycle consists six 2.7V 400F supercapacitors the capacity equivalent of a single AA cell limiting its range to under a mile at low speeds.

Tom Stanton also found a solution to add regenerative braking to this supercapacitor setup by installing the six 2.7V 400F supercapacitors on a different e-bike that had the feature.Supercapacitors are used in applications requiring many rapid charge/discharge cycles, rather than long-term compact energy storage — in automobiles, buses, trains, cranes and elevators.wikipedia