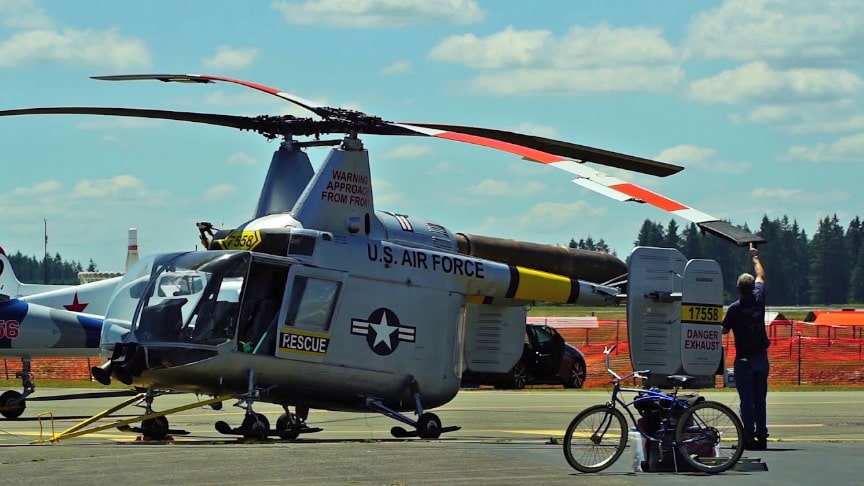 The Huskie had an unusual intermeshing contra-rotating twin-rotor arrangement with control effected by servo-flaps. The first prototype flew in 1947 and was adopted by the US Navy as the HTK-1 with a 240 hp (180 kW) Lycoming O-435-4 flat-six piston engine. Watch the video from Jay Philip Williams Aviation:

In 1954, in an experiment by Kaman and the US Navy, one HTK-1 was modified and flew with its piston engine replaced by two turbine engines, becoming the world’s first twin-turbine helicopter.