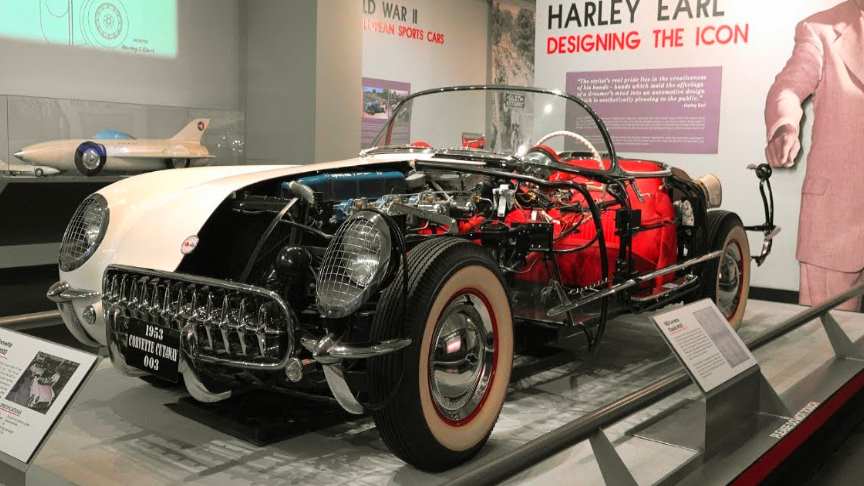 The original 003 car was sent to have some cold weather testing done on it and some of the welds failed…The car was sent back to the plant and disassembled..At some point the chassis made it out to the public and later sold for this project some time later.

One thing I noticed about the National Corvette Museum and General Motors.They are very good at turning lemons into lemonade.It’s amazing to see how simple things where back in the day compared to what is in a late model Chevrolet Corvette.

And the attention to detail that it took to assemble this 1953 Chevrolet Corvette Cutaway at the National Corvette Museum is incredible.It’s one of those displays that you have to take time soaking it in…Very cool for sure..Check it out!!!ScottieDTV