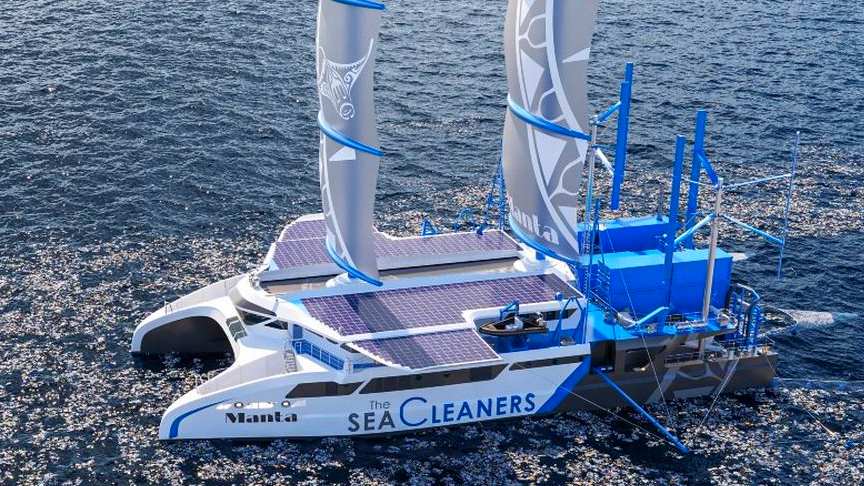 The Manta is the only marine pollution clean-up initiative designed to fulfil 4 complementary missions in order to provide a 360° response to the scourge of plastic pollution. The Manta is a deep-sea boat with coastal action. Its first missions should take place in South-East Asia. Objective of 5 to 10,000 tonnes per year. Watch the video from The SeaCleaners for more info:

The first mission of the Manta is to collect and manage plastic waste at sea, through repurposing or storage, mainly in the mouths and estuaries of large rivers where the slicks are particularly concentrated, before the waste fragments and reaches the seabed or ocean gyres, where it is extremely difficult to recover it.

The Manta will be able to recover waste of very small size, from 10 millimetres and up to one meter in depth.The Manta will also host other scientific missions on board, and when in port will hold educational and learning conferences for the general public./theseacleaners