Built by Frank Wedekind and flown by Frank Bolte according to the description, this RC might actually by the only one in the world.Youtube channel RC Media World uploaded a video of a really unique helicopter that we have to admit didn’t know even existed. 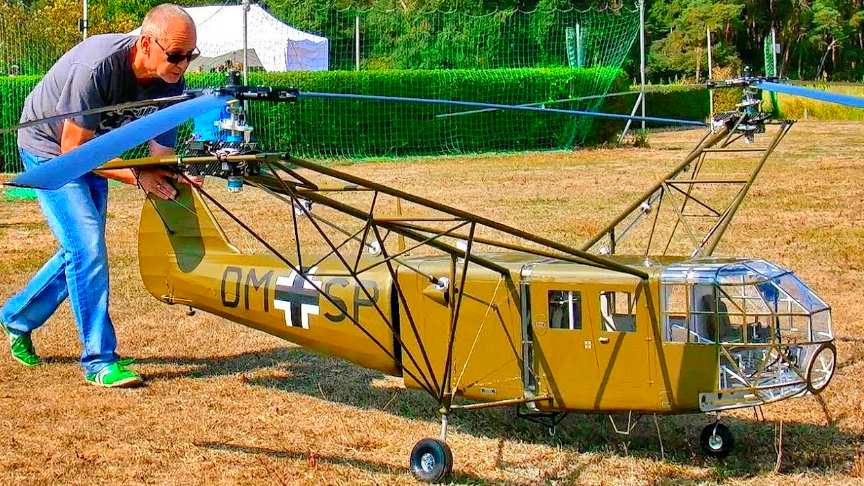 This giant Achgelis FA-223 Dragon Helicopter has a rotor diameter 2x 2.30m a width of 5m, powered by two Electro PYRO 900-45 electric engines, it has a Take-off weight: 24,8 Kg. Watch the video from RC Media World:

The real production model could carry 2200 pounds at 75 miles per hour, making it the world’s first true transport helicopter.The Focke-Achgelis Fa 223 Drache was a helicopter developed by Germany during World War II.

A single 750-kilowatt (1,010 hp) Bramo 323 radial engine powered two three-bladed 11.9-metre rotors mounted on twin booms on either side of the 12.2-metre-long (cylindrical fuselage. Although the Fa 223 is noted for being the first helicopter to attain production status, production of the helicopter was hampered by Allied bombing of the factory, and only 20 were built.via: wikipedia