Here is our vision for the commute of the near future: sleek, compact, and faster than a race car.Take off and land vertically and fly at 200 mph. Have the range (200 mi) to do multiple stops for an air taxi service, or simply go farther. 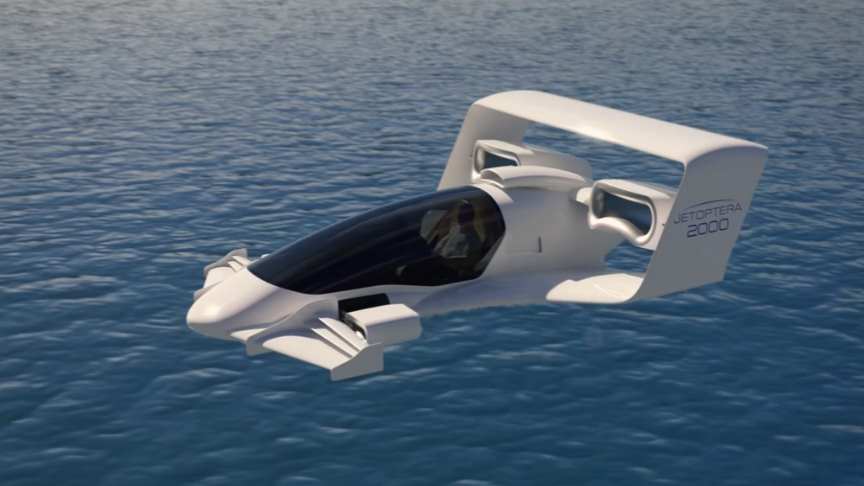 All in a package half the size of a helicopter with no large spinning propellers. In fact, no propellers. Our fluidic propulsion is powered by a gas generator, based on efficient and well understood gas turbines. We are not relying on batteries of the potentially distant future.

And yet we are completely adaptable to such batteries should they become available. But what about the noise, you ask? The velocity of our exhaust is less than 300 mph. This results in a dramatic reduction of noise compared to a turbojet or turbofan. And much less noise than a helicopter as well.

Jetoptera licenses and sells its patented propulsion system. In conjunction with partners, Jetoptera is building unmanned and, eventually, manned aircraft.The Fluidic Propulsive System is scalable. A source of compressed air is amplified by thrust augmentation./Jetoptera