What is a 1955 ChrysleScottieDTVr Imperial Convertible.Well in this case it is a replica of a prototype that by buddy Mike Rutter of Rutterz Rodz brought to The SEMA Show 2016. 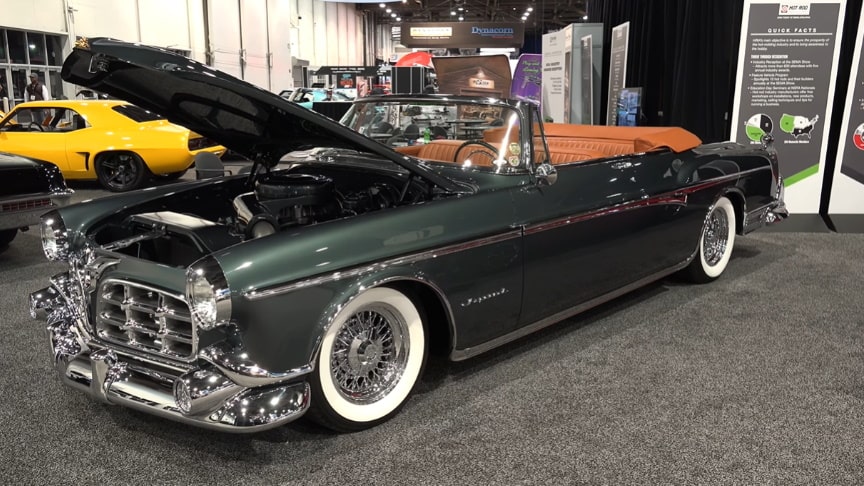 They took two fairly rare cars and turned them into one of the most beautiful cars to grace the floor of The SEMA Show 2016.Not a crazy custom or slammed street machine.This car is class grace beauty elegance Check it out.

You will see what I mean Oh Mike doesn’t build anything you can’t driveThis car is ready for the open road.or a country road in East Tennessee.You have got to see this one.Check it out!

Actually, this build is a replica of the original prototype, the custom 1955 Imperial Convertible that J.T. Keller, the chairman of the board of Chrysler at the time, had handbuilt for his wife.