American and European semi-trucks are very different, in America you see all the trucks with a long nose, and wheelbase, with the cabin behind the engine, whereas trucks in Europe are cab-over trucks where the cabin is above the engine. 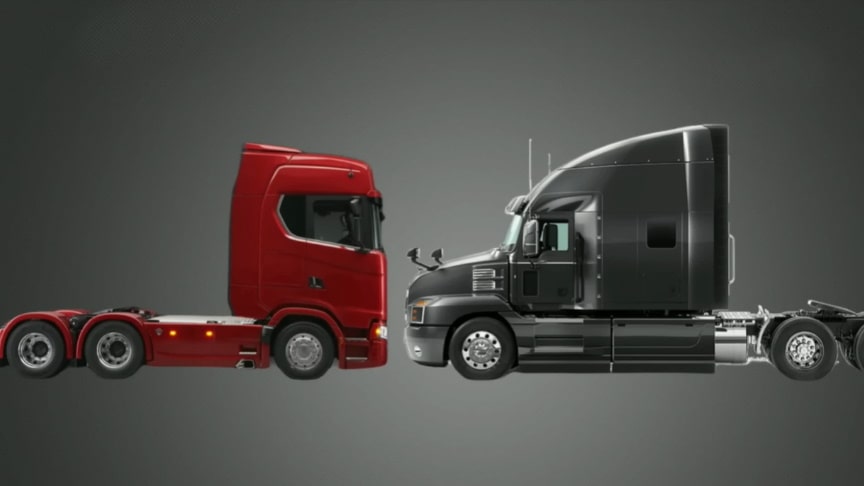 But why are they so different, and what are the advantages and disadvantages? Let’s take a look at it.The main difference you see between American and European semi-trucks is the overall design of the tractor unit. Europe consists of a group of old countries with old roadways and not a lot of space. Watch the video from Truck Tropia.

There is no way in Hell an American semi with a nose or “hood”, as we call it would be able to negotiate the tight turns often encountered on European roadways.One of the differences between European and American trucking is that owners-operators are very common in US and not so much in Europe.

American semi-trucks often have living spaces. That conventional cabin design, where the engine is in front of the driver, allows for more room inside for sleeping space and amenities. American semi trucks tend to drive longer distances, which means stopping overnight at rest stops. But the main reasoning for having sleeping quarters is that many truckers live out of their rig.