The BSA 350cc B31 and B33 500 cc workhorses originated in immediate post-war years with contemporary modern styling, albeit owing much of their engineering to pre-war progenitors. 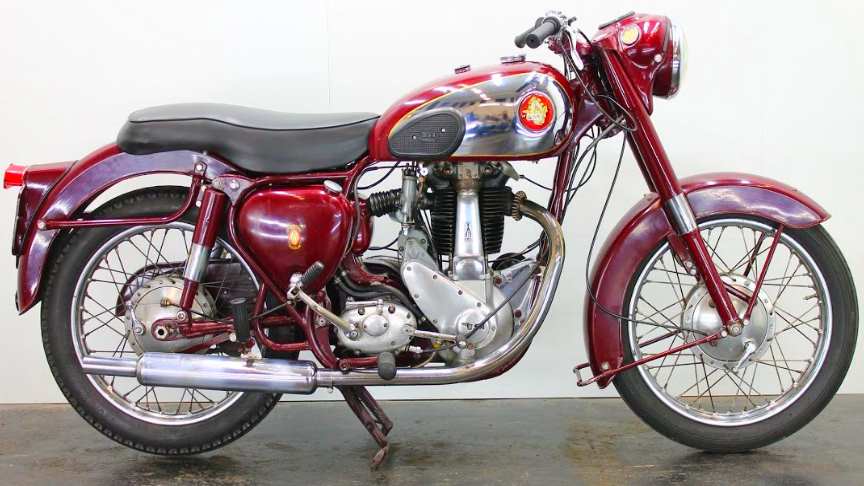 Always appreciated for their solid and reliable performance these popular models were in the BSA catalogue right up to the end of the fifties, when twins became the fashion and the ‘thumper’ was seen by the motorcyclist as an anachronism, apart that is from the sidecar-lugging fraternity who hadn’t yet got over the demise of rigid frames and girder forks.

The motorcyclist himself by this time was almost an anachronism, but most appreciated the simplicity, reliability, economy, power and handling of the last of the big everyday Beesa singles which by 1959 had the benefit of well developed swing arm frame, telescopic forks large fuel tank and copious dual seat.

Also by then a fully enclosed rear chaincase, headlamp nacelle, alternator electrics and more effective brakes were standard. As ever the Great British Motorcycle Industry had got it right. Then they stopped making them!This bike has been restored some years ago. It´s a good runner.//classic-motorcycle.com