In this video while on the ScottieDTV You Can’t Cancel Cool Road Tour 2020 I stop by the Reinhart Collection in Speedway IN…If You follow the channel you know my buddy Mark Reinhart and His Brother Dennis have a collection of a little of everything.Trucks..Cars.Even some bikes.Motorized and pedal. 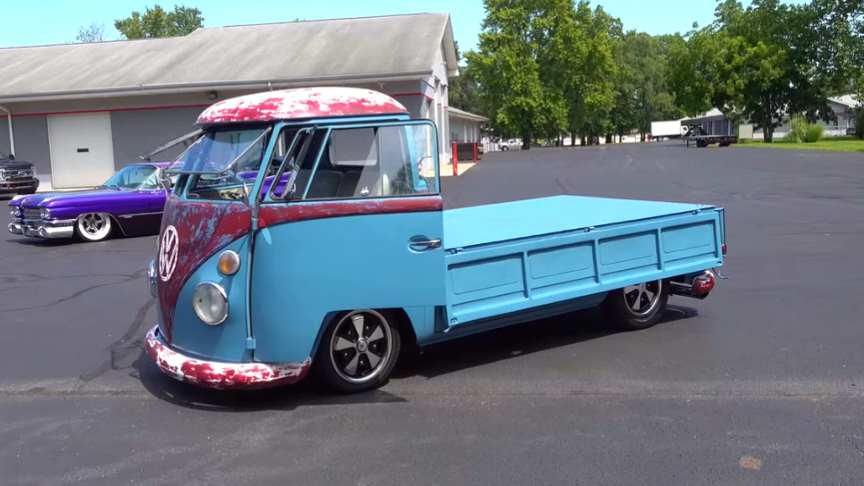 I just never know what they will have new.In this video it’s Mark’s 1964 Volkswagen single cab transporter truck that He picked up a little while back.He tells Me that when He bought the truck it was completely restored back to stock.Tells Me that although it was cool.

He wanted to make a few changes.He took the fresh blue and white paint and gave it a worn patina look..Added some Porsche wheels.Did some suspension upgrades.

Added a rockin stereo..and few more personal touches to make it His own.I’m not sure we had a lot of these Volkswagen transporters imported into the states.They were popular in Canada and even more popular in Europe…I have only seen a few in my travels and it doesn’t surprise Me that one of the coolest I have found is part of the Reinhart Collection in Speedway IN…I know You will dig it…Check it out!!!/ScottieDTV