The Westland WS-61 Sea King is a British licence-built version of the American Sikorsky S-61 helicopter of the same name, built by Westland Helicopters. 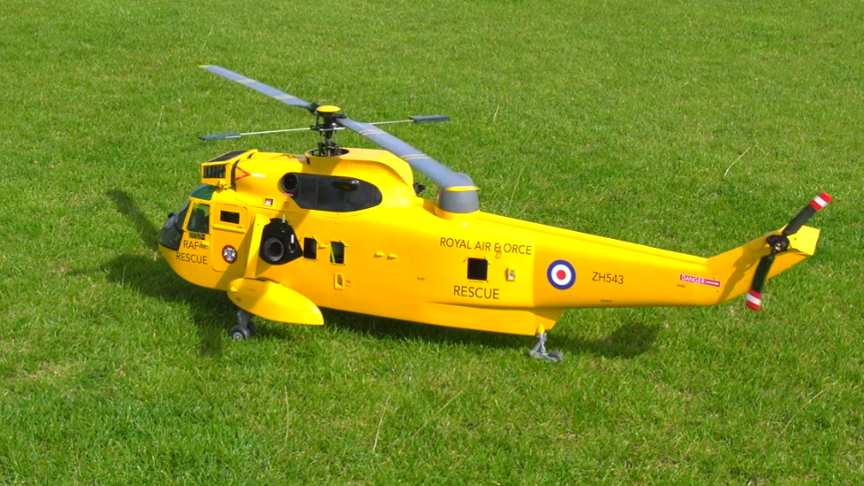 A fantastic 1:10​ scale model of an iconic helicopter. Powered by a Wren gas turbine this model is about as close as you can get to the real thing. When it is in they sky you would be forgiven for thinking it was the full size Sea King helicopter.The kit comprises of a 16 part fibreglass fuselage.Electric under carriage complete with wheels.WindowsWoodworkand a 67 piece Scale accessories pack.

The aircraft differs considerably from the American version, with Rolls-Royce Gnome engines (derived from the US General Electric T58), British-made anti-submarine warfare systems and a fully computerised flight control system.

The Sea King was primarily designed for performing anti-submarine warfare (ASW) missions. A Sea King variant was adapted by Westland as troop transport known as the Commando./Essential RC