In this video from the 2022 SEMA Show held in Las Vegas NV, I catch up with The Custom Shop’s latest build, A 1966 Ford Mustang they have named.Double Down! John at The Custom Shop always builds over the top crazy customs and has had over 60 vehicles at The SEMA Show over the years, He knows how to build things that get attention, this 1966 Ford Mustang is no exception. 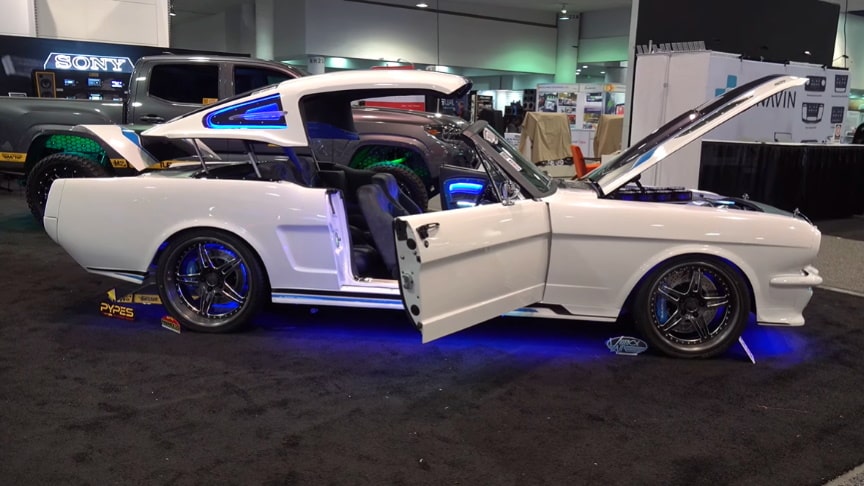 When His clients wrestled with the age old question.Convertible or Coupe.In this case.Fastback? John wondered out loud.Would You like to have both? Not knowing how He was going to pull it off. Their answer was YES!! In 11 months this 1966 Ford Mustang went from a question to setting in the SONY booth at the 2022 SEMA Show.

The base color is white and it has some cool graphics that incorporate several other colors. The interior is just as over the top as the rest of the build. Under the hood is the Ford Coyote 5.0l. The suspension and brakes are all modern equipment.