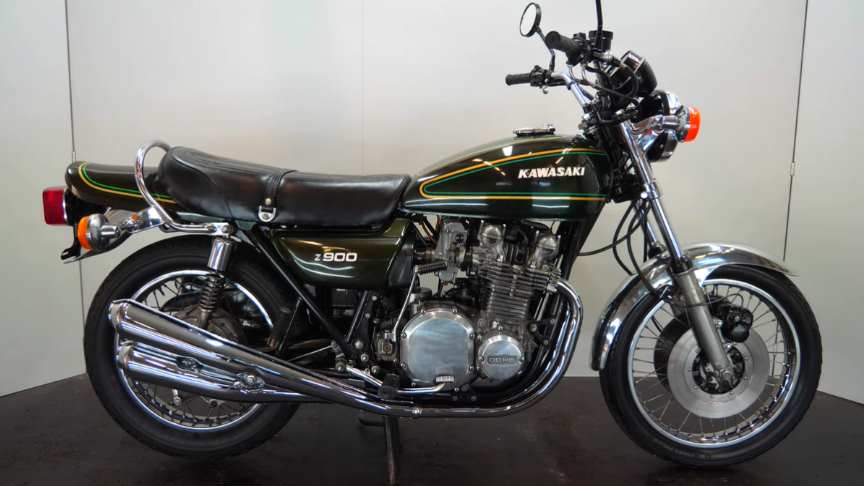 Following the introduction of Honda’s CB750 in 1968, the Z1 helped popularize the in-line, across-the-frame four-cylinder,a format that became known as the Universal Japanese Motorcycle or UJM.

The Z1 was noted for being the first large-capacity Japanese four-cylinder motorcycle to use the double-overhead-camshaft system on a production motorcycle. When it was introduced, only the MV Agusta 750 S used this system; it was a very expensive limited-production machine, as opposed to the Kawasaki which was less than half the price.

The Z1 had full instrumentation and an electric start, produced 82 bhp and had a maximum speed of 130 mph to 132 mph (210 km/hr).It met with positive reviews from the motorcycle press, who praised its smoothness, damped vibration, easy starting (kick-start and electric were both fitted), straight-line stability and linear acceleration. Steering was accurate and the bike handled well, but testers said the rear tire, chain and rear shocks all wore out quickly./classic-motorcycle.com