In this video from the 2022 World Of Wheels Custom Auto Show held in Birmingham AL, I catch up with this 1976 Pontiac Trans Am.The owner at one time worked at a gas station and would fill the tank when the owner stopped buy.He always wanted this car.He bought another Pontiac Trans Am that He drove through Highschool. 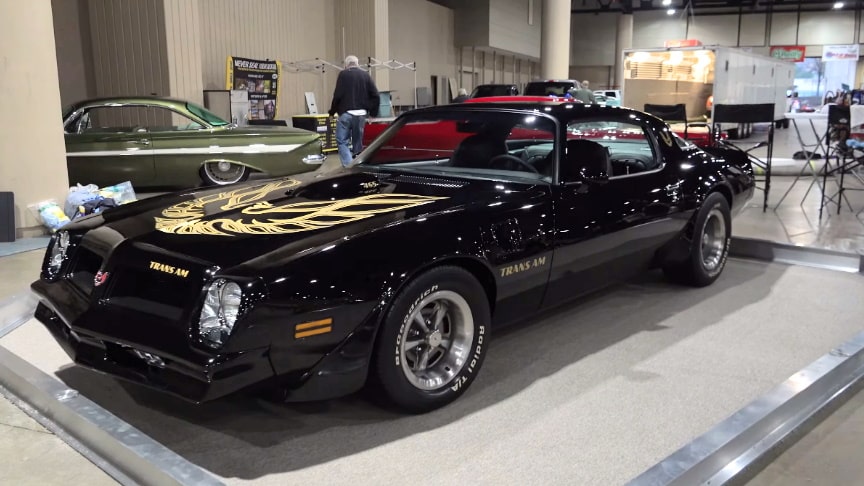 But He still wanted this one.Not one like it.But the exact 1976 Pontiac Trans Am that He used to fill with gas as a kid.A few years ago He was able to buy the car, but it wasn’t a new 1976 Trans Am.It had some rust.some wear and tear from being driven. It was still a good car.Just not the beauty that He remembered back in the day.Now!.

This black and gold beauty is better than new. now.The interior still has the style of the 1976 Pontiac Trans Am.But now it is custom leather.The paint and body have all been redone to a very high standard.Black with gold decals.The engine is still the one that came in it.But it’s all been redone.

The owner tells Me that if the part was available and the car needed it.It got it!.I have always been a Pontiac Trans Am fan.I had a 1979 Silver Anniversary Trans Am as My first car.This 1976 Pontiac Trans Am from the 2022 World Of Wheels Custom Auto Show is much nicer than new.But just as cool.//ScottieDTV