The Lola T600 was the first closed cockpit prototype to incorporate ground-effect tunnels, the aerodynamic configuration that was introduced in 1977 with the Lotus 79 and then became standard in Formula 1 in those years, and it was developed following the new IMSA GTP rules introduced in 1981, superseding production-based ‘silhouette’ cars like the Porsche 935. 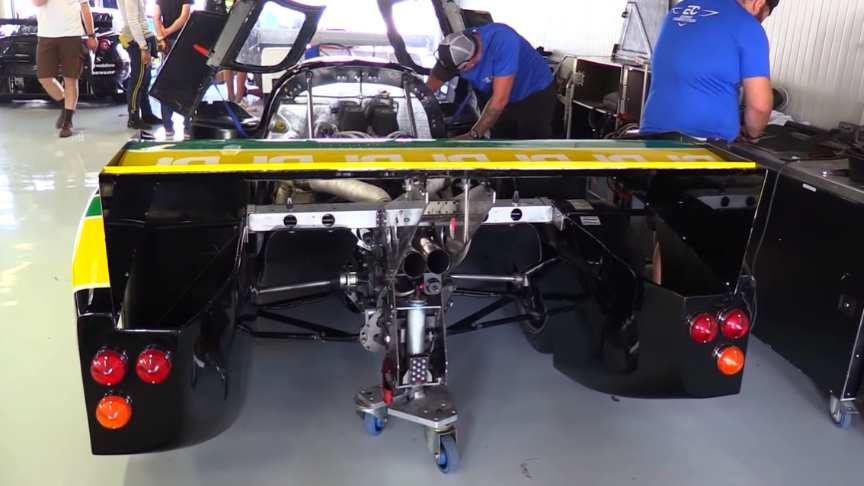 Starting from a new honeycomb aluminium chassis, it was fitted with a Chevrolet small block N/A V8 engine capable of more than 600hp on a car weighing around 850kg (without fuel and driver). The underbody and aero were developed by aerodynamicist Max Sardou. The car featured rear wheel covers and suspension components tucked out of the venture air stream to maximize down force.

Since the car had no side skirts, as used on Formula 1 cars at the time, air was able to enter from the sides, and down force was actually increased as the car slid. The T600 immediately proved to be the one to beat in the IMSA championship.

The actual T600 you see in this video is chassis HU2 and it was purchased by Cooke Woods Racing. HU2 was also one of the only two chassis entered for the 1981 Le Mans 24h, but HU2 was pretty special since the team decided to put inside it a twin-turbo flat-6 engine for the French race.//19Bozzy92