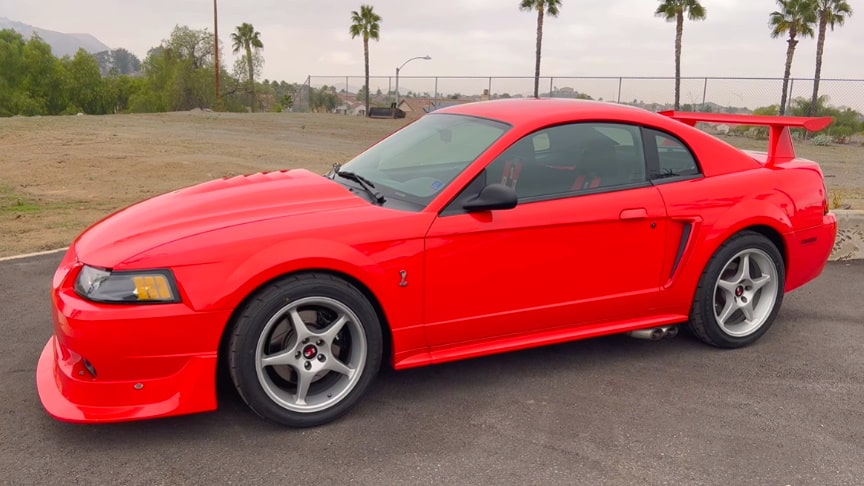 The SVT Cobra was a high-performance version of the Ford Mustang and was considered top-of-the-line as it was positioned above the Mustang GT and Mach 1 models during its production. On three occasions, the race-ready, street-legal SVT Cobra R variant was produced in limited numbers.For 2000, the SVT Cobra R returned for a limited production run of 300 units.

Cobra R came standard with a 5,409 cc DOHC V8 engine with a 6,500 rpm redline that was rated at 385 bhp at 5,700 rpm and 385 lb⋅ft (522 N⋅m) of torque at 4,500 rpm.This model had no radio/audio equipment, air conditioning, cruise control, or a rear seat.All 300 units produced were finished in Performance Red with a Dark Charcoal interior with cloth Recaro bucket seats.

The Cobra R was equipped with Eibach springs that lowered the car 1.5 inches in front and 1.0 inch out back.This model also used Bilstein shocks and struts, Brembo 4-piston front calipers with 13-inch rotors were cooled by large ducts, along with a race-style fuel cell that protruded under the Mustang V6-style rear bumper.