The Ford SuperVan is powered by four electric motors and silently blasts from 0-100km/h in under two seconds! Developed in secret by Ford Performance and rally and racing specialists Stard in Austria, the SuperVan produces around 1,471kW for a claimed sub two-second 0-100 km/h sprint. 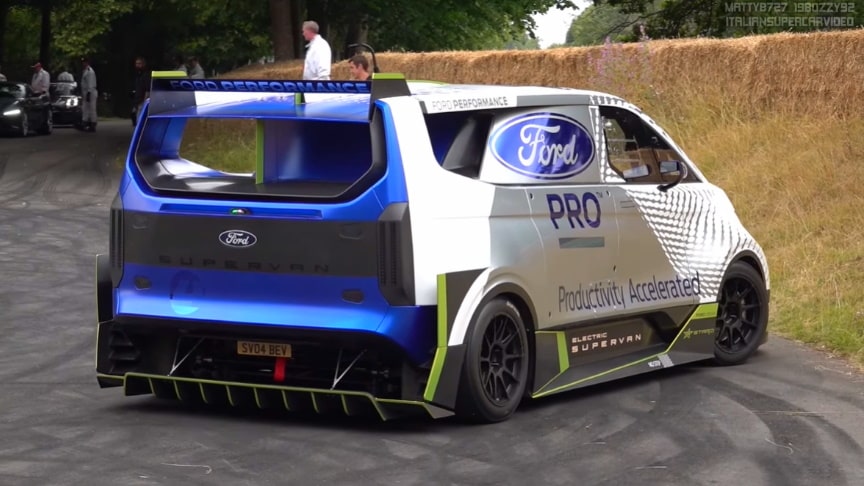 Inspired by the new E Transit Custom and combining horsepower with processing power, the Electric SuperVan is the ultimate showcase of Ford’s EV and connectivity capabilities.The SuperVan 4 comes complete with a full roll cage and racing seats built to FIA standards, as well as motorsport-grade brakes.The body itself looks the business, with big aero aids and an aggressive cutaway in the rear section that reminds us a bit of the Ford GT’s buttresses and cutaways.

The Ford Pro Electric SuperVan’s interior includes a full roll cage and racing seats to FIA standards for safety, as well as a large SYNC touchscreen taken directly from Ford’s production vehicles such as the Ford Mustang Mach-E 6 controlling the advanced connectivity and information systems.