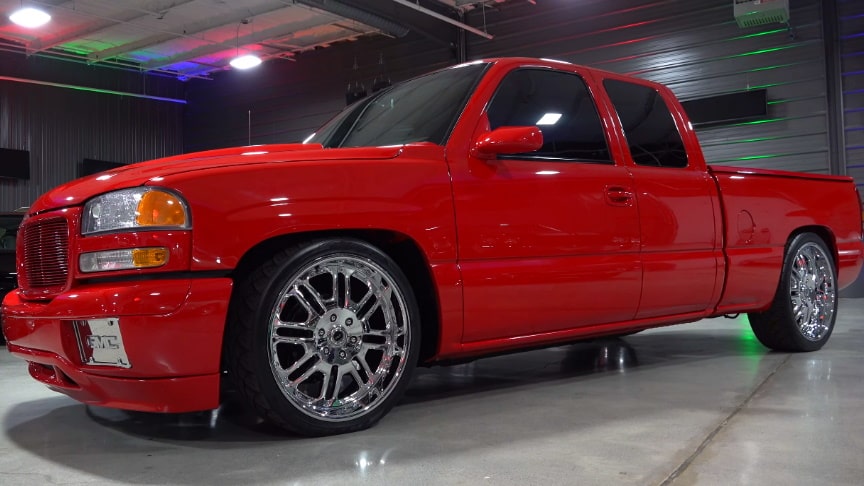 I wouldn’t say there isn’t a chip or scratch.But just a few.And it still shines like new. The all cloth interior looks like it has never been set in.There are a few custom touches on the charcoal gray interior. Nothing crazy.Just the right amount of bling! to make it cooler than stock.

Under the custom cowl hood is a Pro Charged LS with a few more custom touches and it’s cleaner than new under there.Custom Chrome 22 and 24 wheels really look nice against that lipstick red paint.