The McLaren Senna is a limited-production mid-engined super car manufactured by McLaren Automotive. The car is the third addition in the McLaren Ultimate Series, joining the F1 and the P1; however, it is not a direct successor to either of the cars. 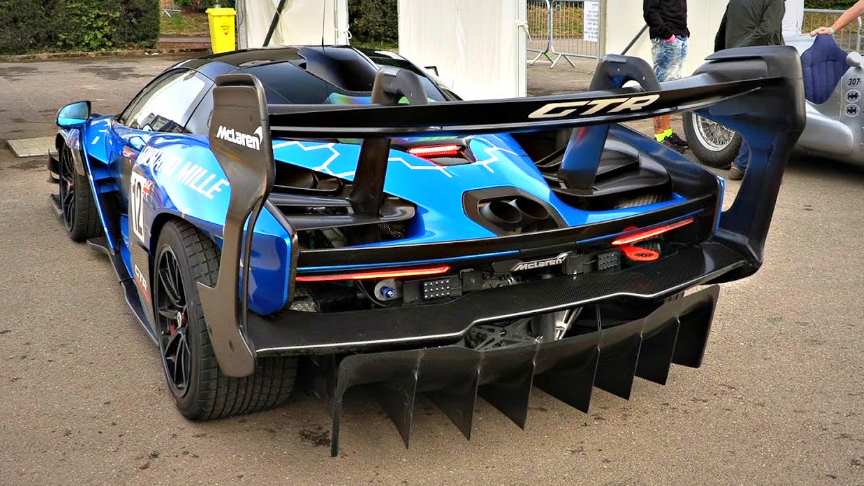 In today’s video you’ll see the new 2020 McLaren Senna GTR in action up the hillclimb at Goodwood Festival of Speed 2019. McLaren says the Senna GTR is the fastest vehicle on a lap time basis it has ever made!

The car is powered by a 4.0 liter twin turbo V8 engine, which in this application delivers 815 horsepower!The car has many aerodynamic elements, there being a large adjustable double-element rear wing.

That is operated electronically and has various settings in order to provide optimum performance while also acting as an airbrake, double-element diffuser, Formula One-inspired roof scoop, front and side air intakes, rear air louvres, and large front fenders.