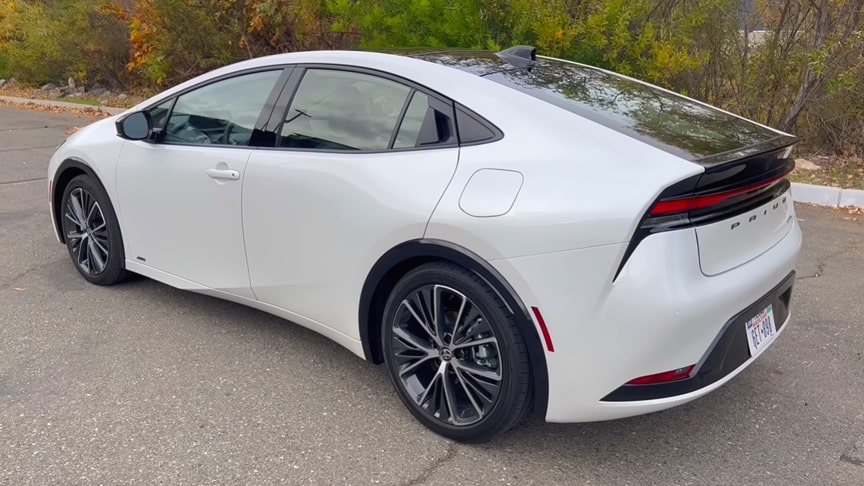 The redesigned Prius looks sleek and is considerably more powerful than earlier models. Prius’ new Hybrid Synergy Drive® system puts more power to the ground. With up to 196 hp, available Electronic On-Demand All-Wheel Drive (AWD) and efficiency at its core, Prius is ready to turn every commute into an adventure.

The Prius is available in both front-wheel-drive and all-wheel-drive configurations. The AWD versions get an e-motor at the rear, producing an additional 40 BHP. The new powertrain allows it to accelerate from 0 – 98 km/h (0-60 mph) in 7.1 seconds – this is 3.4 seconds quicker than the older Prius.

The car has futuristic and functional interior,the dashboard as a whole echoes the car’s front end. It’s clean and modern.The 2023 Prius is powered by the 5th generation hybrid powertrain, which pairs the inline M20A-FXS inline four-cylinder 2.0L gas engine with two motor-generators connected to a planetary-type continuously variable transmission.