Mercedes-Benz GenH2 Truck, a fuel-cell truck with a range of up to 1,000 kilometers and more for flexible and demanding long-haul transport – customer trials in 2023, start of series production in second half of this decade. 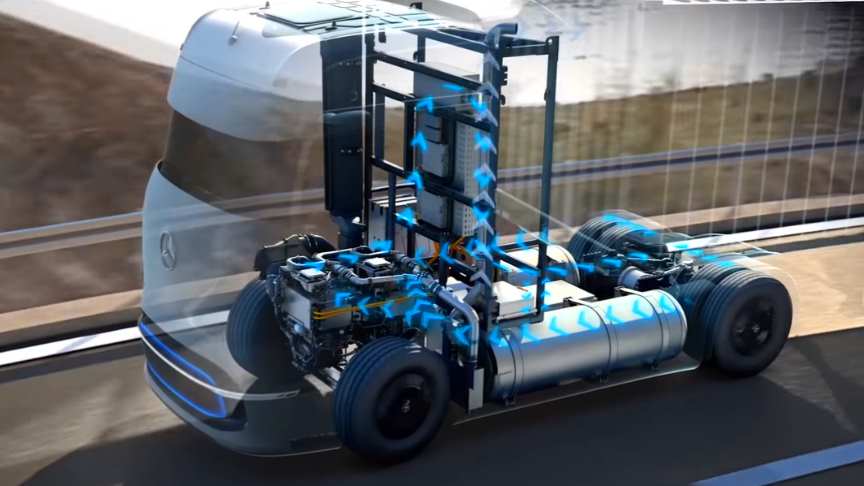 The concept truck has two tanks for liquid hydrogen, each of which is designed to store 40 kilograms of hydrogen. The stainless-steel tank system consists of two tubes, one within the other, that are connected to each other, and vacuum-insulated. Hydrogen enters a block of two fuel cells with a capacity of 150 kW.

The GenH2 truck is driven by two electric motors with 230 kW continuous and 2 x 330 kW maximum power,the fuel-cell system is to supply 2 x150 kilowatts and the battery is to provide an additional 400 kW temporarily.

The storage capacity of the battery is relatively low, as it is not intended to meet energy needs, but mainly to be switched on to provide situational power support for the fuel cell, for example during peak loads while accelerating or while driving uphill fully loaded. The styling of the Fuel Cell truck is modern, but in the base it is the Actros cab with an streamlined nose cone glued on.///daimler