Freedom Cove is a rare and very special place.It’s a man-made floating island that acts as a homestead, an art installation, and a home to Catherine and Wayne in Tofino, BC, Canada. The project started with a small float home that was built using wood that had washed ashore after a storm, and since moving into it in 1992. 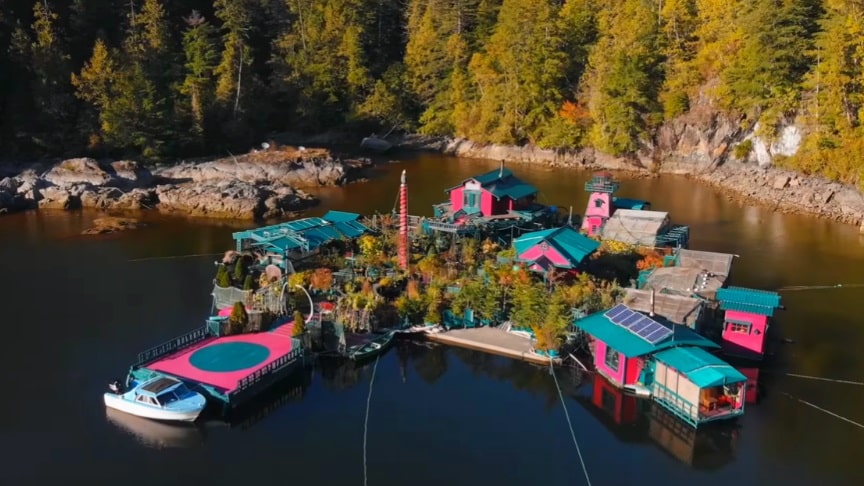 They’ve gradually added new buildings, greenhouses, and an outdoor dance floor to create a fully off-grid, floating homestead where they can grow most of their own food, earn a living as artists, and reduce their environmental footprint.They have used as much reclaimed material as possible, including the flotation technology that has been discarded from nearby fish farms over the years.//read more: Exploring Alternatives

The site where they chose to settle in was chosen specifically because it had a fresh water source above sea level so they could have gravity fed water, and because the cove provided protection from winter storms.

They use a mix of solar panels, a generator, propane and firewood for their various energy needs, and they have a new microbial wastewater system that will allow them to fully purify their waste.Before that, they had a tank that could be emptied in open water like most boats and vessels do.Catherine King and Wayne Adams are artists and carvers who make beautiful work and showcase some of it in their floating gallery.//read more: Exploring Alternatives