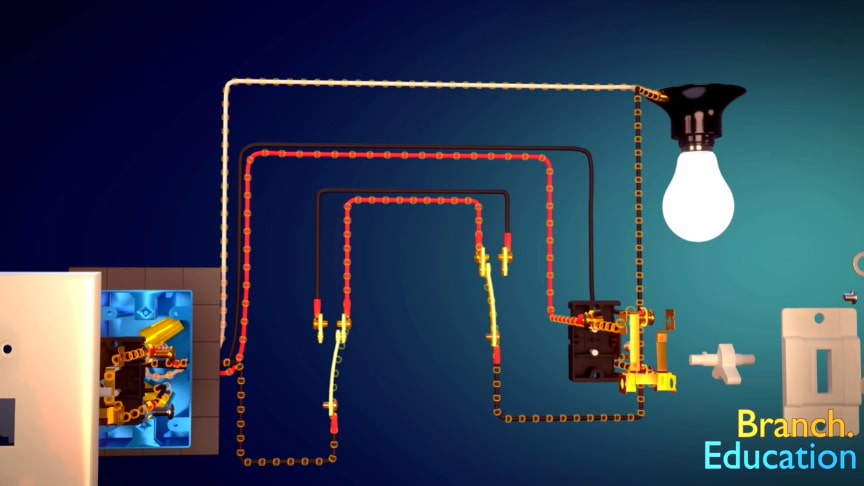 We also explore how they can be wired together to turn on one or multiple lights.A normal switch has two terminals that are either connected or disconnected. A three-way switch has three terminals, and the switch connects the first terminal to either the second or the third terminal.

Electrically, a typical “3-way” switch is a single pole, double throw (SPDT) switch. By correctly connecting two of these switches together, toggling either switch changes the state of the load from off to on, or vice versa. The switches may be arranged so that they are in the same orientation for off, and contrasting orientations for on.For example, a long hallway or stairway might use a pair of three-way switches at each end so that lights can be turned on when approaching one end of the hall or stairway, then shut off from the other end.