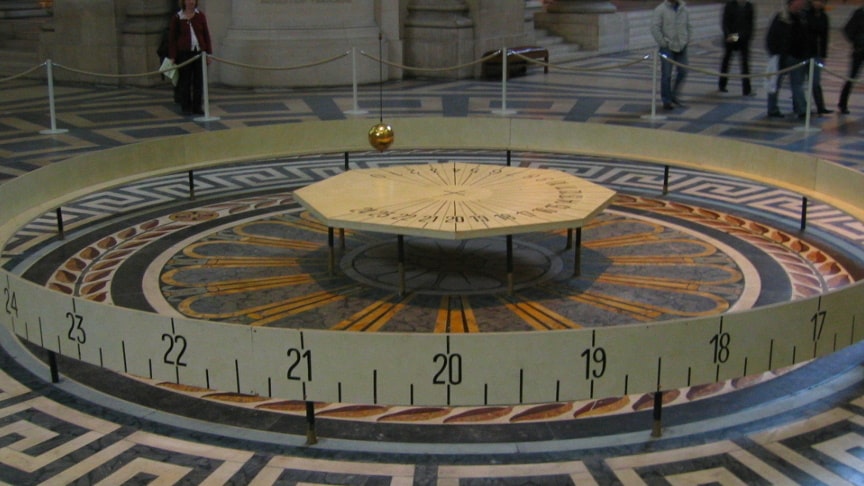 At either the Geographic North Pole or Geographic South Pole, the plane of oscillation of a pendulum remains fixed relative to the distant masses of the universe while Earth rotates underneath it, taking one sidereal day to complete a rotation.video by: Bradut Florescu

Using enough wire length, the described circle can be wide enough that the tangential displacement along the measuring circle of between two oscillations can be visible by eye, rendering the Foucault pendulum a spectacular experiment: for example, the original Foucault pendulum in Panthéon moves circularly, with a 6-metre pendulum amplitude, by about 5 mm each period.///wikipedia