This is a widebodied,CBR1000 Hurricane powered Reliant Rialto with 110Hp/12.000Rpm and is probably the quirkiest car we have presented on our Channel (which is quite something given the amount of unique stuff we have shown). 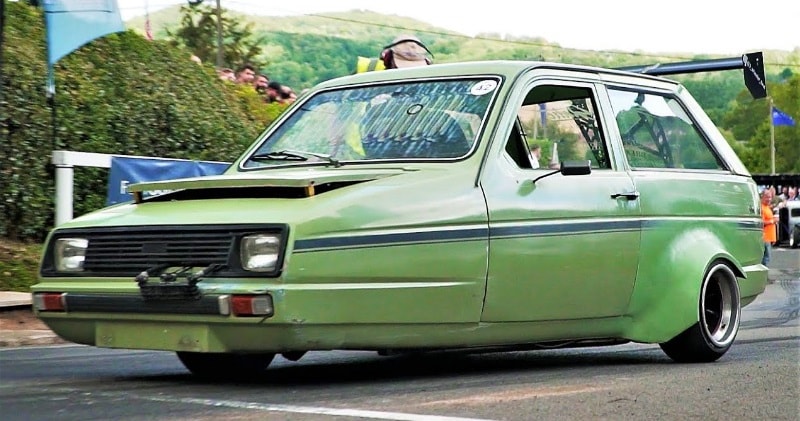 And a machine that even we had no idea about its existence before Retro Rides Gathering 2018.Although we were there ones responsible for the Guest Car line-up.Watch the video by HillClimb Monsters.

This machine simply arrived because George Rogers (owner, builder and driver) decided to appear on the event and both our Team and the public were amazed at the uniqueness of the concept and how capable this little (sub-500Kg) thing was.

So much so that even the Onboard footage is not of the greatest quality, but hell, in the chance that we may never be abe to feature this “Monster” again, we had t share it too.