Meet Tima Kuleshov, who has been riding motorbikes since he was 2 years old, and who is now 6 years old and participates in motor racing in 2019. 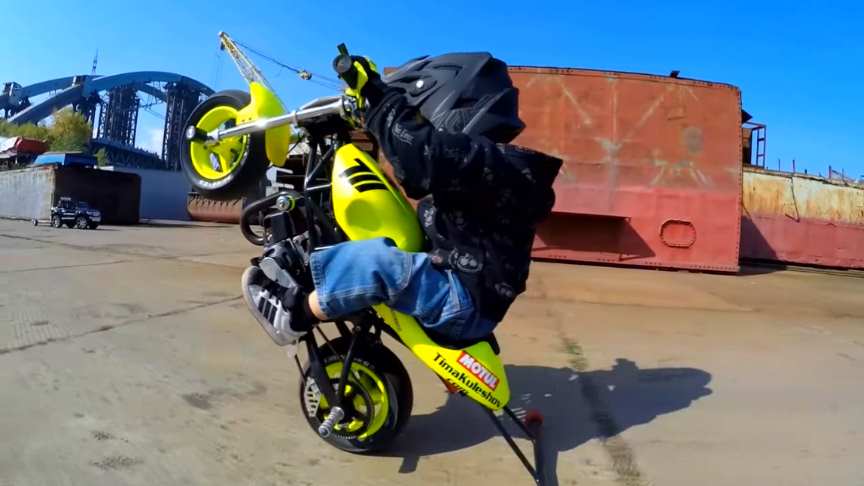 At just the age of 1 year old, Tima’s parents gave him a running bike, which he quickly learned to keep his balance on, but it wasn’t to the age of 2, that he learned to ride a bicycle, and when Tima was just 3 and a half, he participated in his first motorcycle competition.

Now if riding a motorcycle in competitions at the age of 3 doesn’t sound crazy enough, Tima also started mastering doing stunts on his tiny bike, and now performs at shows.