Cable car or aerial tramway, ropeway, chairlift is a popular transportation method used in many different terrains. Today it is very popular in many tourist destinations, and some places use cable car as a transportation for daily commute. Let’s see how cable car system works! 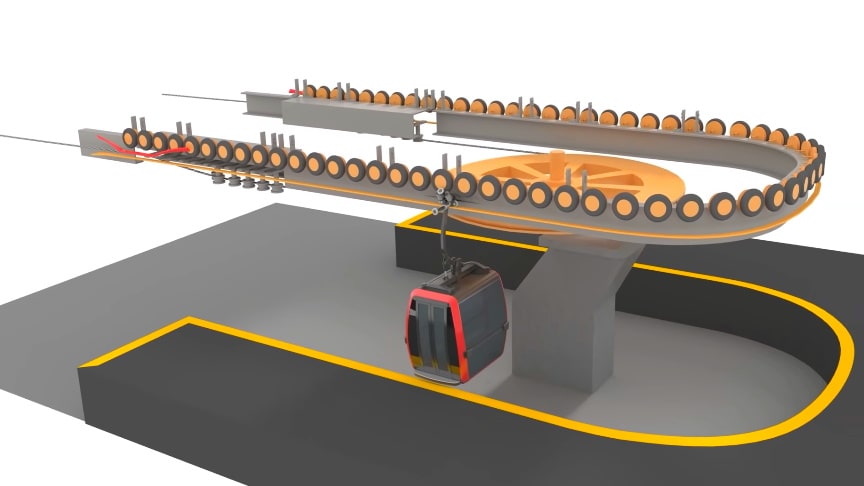 A gondola lift is a means of cable transport and type of aerial lift which is supported and propelled by cables from above. It consists of a loop of steel wire rope that is strung between two stations, sometimes over intermediate supporting towers.

The cable is driven by a bullwheel in a terminal, which is typically connected to an engine or electric motor. It is often considered a continuous system since it features a haul rope which continuously moves and circulates around two terminal stations.

A detachable grip is one that can separate itself from the cable. The detachability allows a cabin to slow or stop within a station, without disrupting the flow of the entire system.Upon approaching a stop, a mechanism located at the station opens the grip and the vehicle is slowed by another mechanism. Passengers get on and off, the vehicle is re-accelerated to line speed, and while departing the grip is re-engaged.