The FIM-92 Stinger is an American man-portable air-defense system MANPADS that operates as an infrared homing surface-to-air missile SAM. It can be adapted to fire from a wide variety of ground vehicles, and from helicopters as the Air-to-Air Stinger. The FIM-92 Stinger is a passive surface-to-air missile that can be shoulder-fired by a single operator although standard military procedure calls for two operators, team chief and gunner. 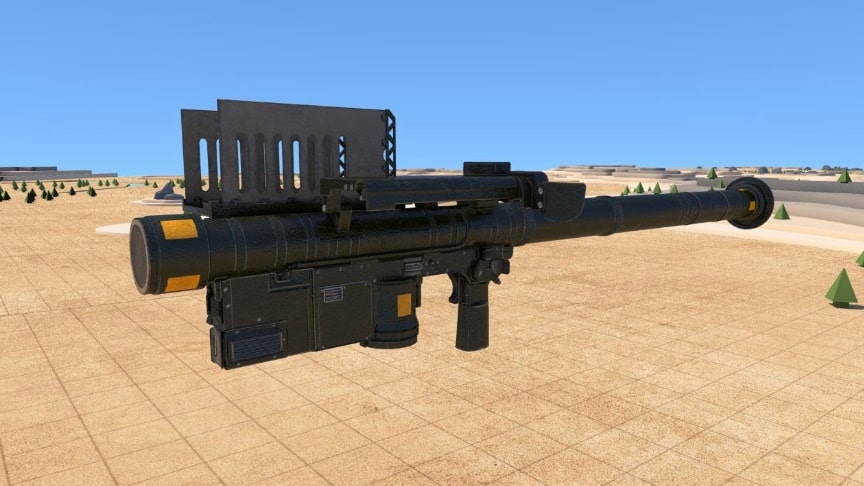 The Stinger can acquire the target when the target approaches the operator, giving much more time to acquire and destroy the target. The missile is 1.52 m long and 2.8 in in diameter with 3.9 in fins. The missile itself weighs 10.1 kg, while the missile with its launch tube and integral sight, fitted with a gripstock and Identification friend or foe antenna, weighs approximately 15.2 kg. Waaatch the video from Mscope:

It has a targeting range of up to 4,800 m and can engage low altitude enemy threats at up to 3,800 m.The Stinger is launched by a small ejection motor that pushes it a safe distance from the operator before engaging the main two-stage solid-fuel sustainer, which accelerates it to a maximum speed of Mach 2.54 (750 m/s).

To fire the missile, a BCU Battery Coolant Uni is inserted into the gripstock. This device consists of a supply of high-pressure gaseous argon which is injected into the seeker to cryogenically cool it to operating temperature, and a thermal battery which provides power for target acquisition: a single BCU provides power and coolant for roughly 45 seconds, after which another must be inserted if the missile has not been fired.