This is the brand new Bentley Mulliner Bacalar! Only 12 of these coach-built, open-top Barchettas will ever be produced by Mulliner, the ultra-exclusive division within Bentley. Let’s take a very first look and walkaround at this vehicle, the pinnacle of grand touring! 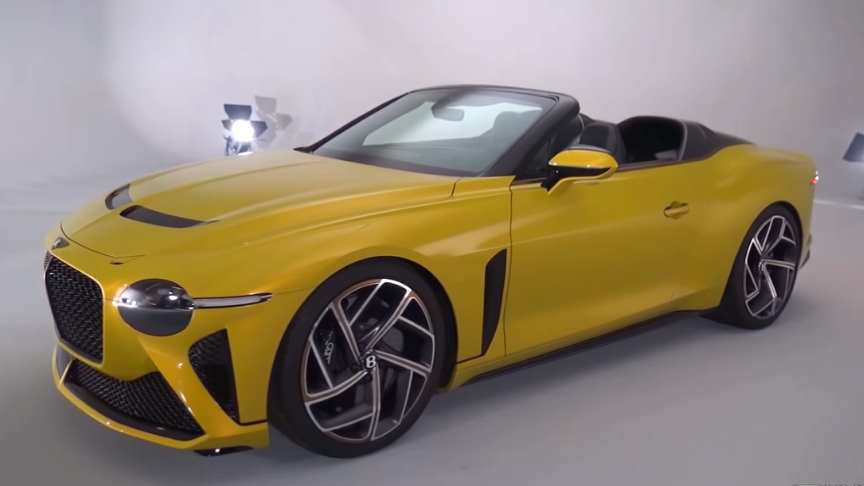 For their 100th anniversary in 2019, Bentley Motors presented the EXP 100 GT concept, a car from which many design cues are carried over to the production Bacalar. Based around the platform of the Bentley Continental GT Convertible W12, the Bacalar features entirely new bodywork with the exception of only the door handles.Shmee150

The rear deck is crafted beautifully with luggage space beneath and doesn’t have to make sacrifices to house a folding roof as it is permanently open.Up front is Bentley’s 6.0 twin turbo W12 tweaked to make 659hp and 900nm, mated to a 8spd dual clutch gearbox delivering through permanent all wheel drive with a rear bias where possible.

Each of the 12 units are already pre-allocated, coming in with a price tag of £1.5m (that’s £1.8m including taxes in the UK). While most will presumably result as collector’s pieces, I would imagine this would be an incredibly elegant driving experience.via/read more: Shmee150