Just listen to the lovely exhaust note of the Brabham BT62 driving up the Goodwood hillclimb during the Festival of Speed 2019. This beast is powered by a Ford-derived 5.4 liter naturally aspirated V8 engine which is able to produce 700hp @ 7400 rpm. 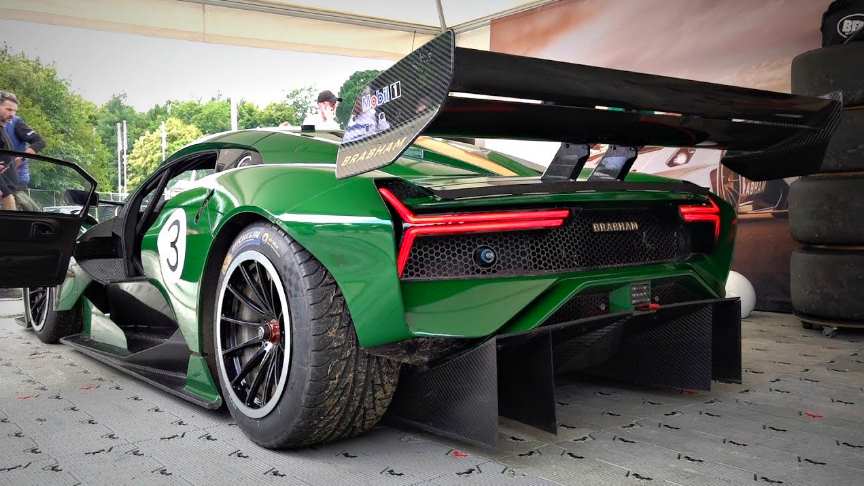 Brabham’s BT62 is a track-oriented supercar, and a symbol for the Brabham family’s racing dynasty, which it seeks to rebuild.The BT62 debuts in green and gold livery.Paying homage to the colours of the single-seater race car driven by Jack Brabham at the French Grand Prix in 1966 — his first Formula One victory in one of his own cars.

The BT62 is set to boast a power-to-weight ratio of 730 PS per tonne, and will have a dry weight of just 972kg,the Brabham BT62 produces more than 1200kg of downforce.